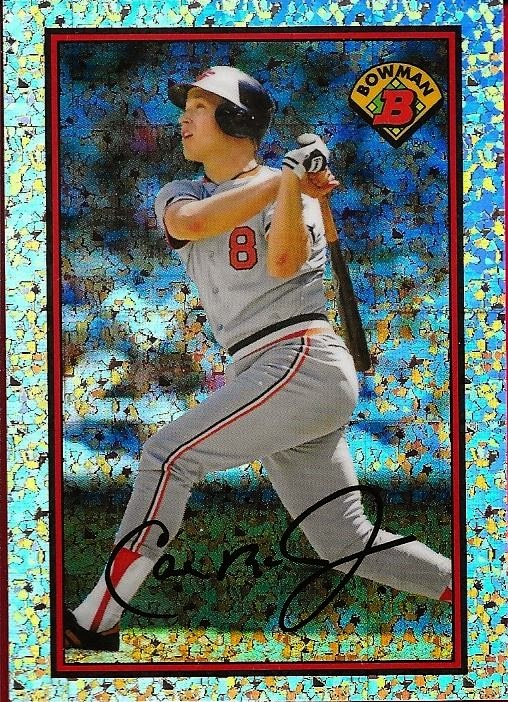 I was really surprised recently when I got a Kik message from my friend near Chicago, Sean.  He had vacated Instagram several months ago and stopped chatting, so I assumed that he found better things to do with his time.  More surprising than his return was the fact that not too long after, I got a surprise care package in the mail from him.

In the package was a good bit of Orioles stuff and according to Sean, some of the cards came from him and a few others came from his best friend, Alex, whom I also had chatted with and who had also disappeared.

The above Bowman Ripken was a card that I needed in my PC< so that was nice. 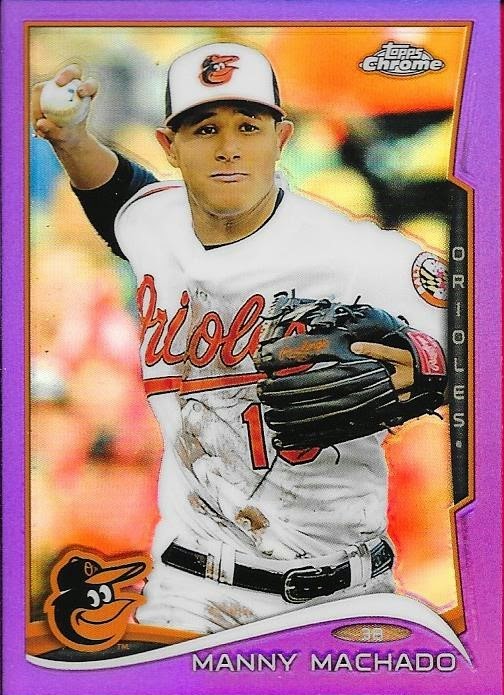 I also needed this purple Machado from 2014 Chrome.  The purple cards look nice, I think.

I hate that Sean felt the need to take off and not let me know what was going on, but I guess you can't expect folks you trade with on occasion to let you know their every move.  Good thing is, he is back chatting and trading, so that's nice.

I really appreciated the though with the care package.  I don't get nearly as many of them as what I send out, so it's nice to get surprises in the mail.
Posted by William Regenthal at 10:29 PM