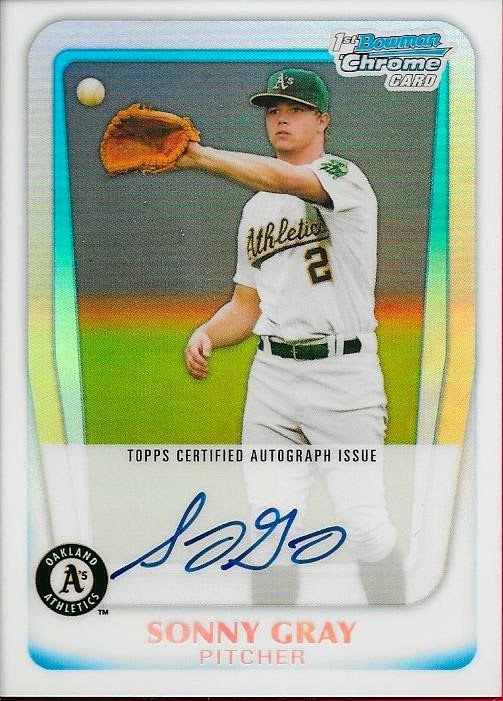 I completed a trade with a guy named Cameron on Instagram when I sent him a bunch of relics and autos in exchange for the above 2011 Bowman Chrome refractor auto of Sonny Gray.  This is now my second Gray auto, but the fact that it is his "first Bowman card" and a refractor numbered 330/500 makes this a really awesome card. 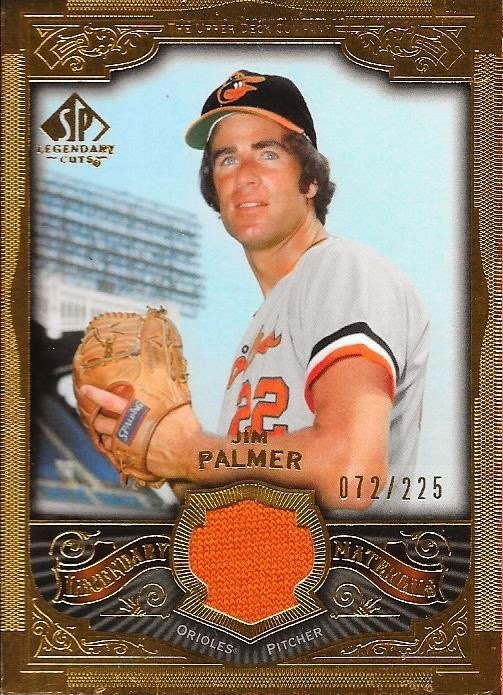 Another part of the deal that I pushed for was this 2006 UD Legendary Cuts relic of Jim Palmer. This was actually what started our deal.  Cameron saw something he liked on my page and we went from there.  I think it was a Bowman Sterling auto that I traded to him.  We started discussing a larger deal which netted me the Gray auto.  It also landed me a new friend, as Cameron seems like a really genuine person whom I have talked to for a while since the trade. 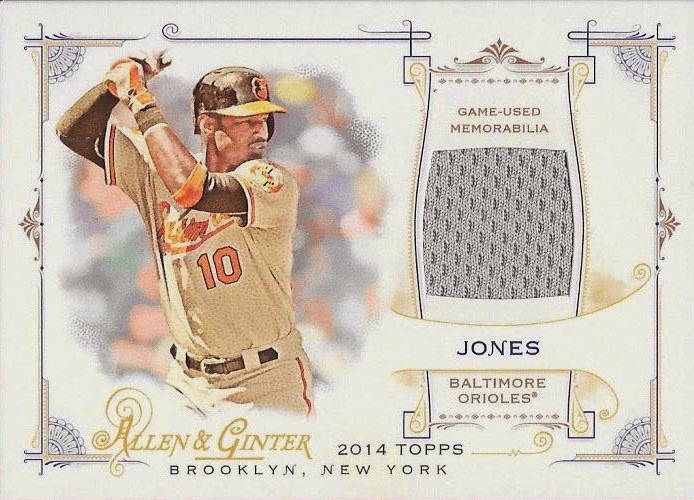 Thanks for the deal, Cameron!  I know we will do more in the future!
Posted by William Regenthal at 9:09 PM