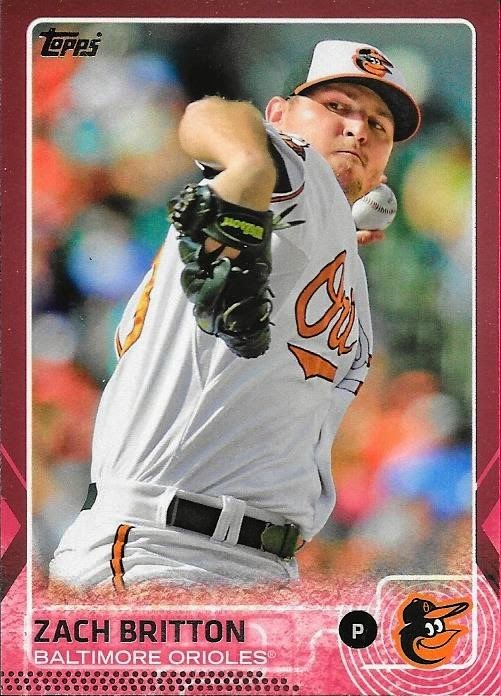 I completed a trade recently with a guy named Jack from Instagram when I sent him a C. J. Cron auto in exchange for this 2015 Topps pink parallel of Zach Britton.  The Britton is numbered 48/50 and looks pretty cool.  I like that they changed up the parallels a bit this year.  They made them a lot harder to find, though.  I opened my three jumbo boxes of Topps and pulled only a black parallel and none of the camos or pinks. 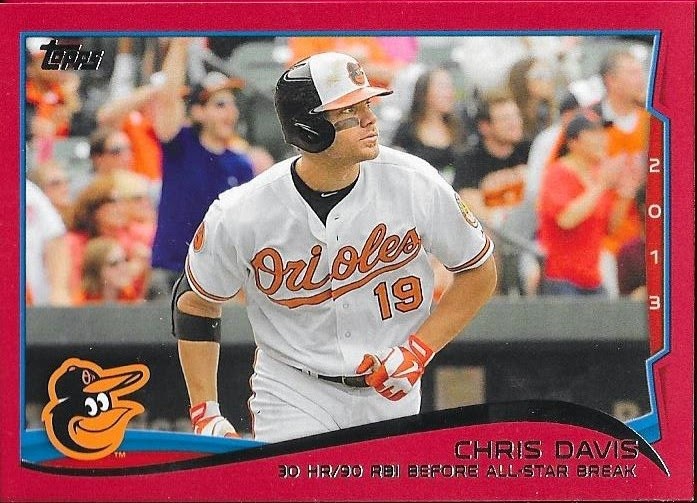 I included a bunch of extras for Jack and he did the same for me.  He actually included a few Chris Davis cards that I needed for my PC.  This Target red parallel from 2015 Topps was one of them, but I had bought one off of Ebay while this package was in transit.  Dang.  So, I will trade the red parallel that I bought to a buddy of mine and keep this one that Jack gave me. 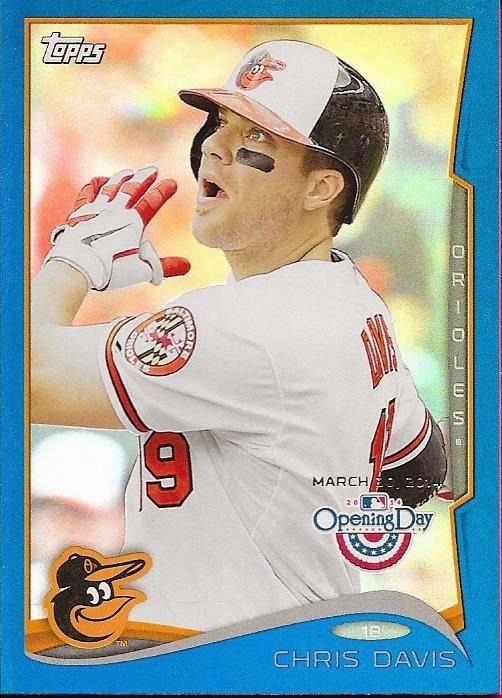 Finally, Jack included this blue parallel from 2014 Topps Opening Day that I also needed.  He did a really good job of helping me with my PC.

Thanks so much for the deal, Jack!
Posted by William Regenthal at 5:43 PM