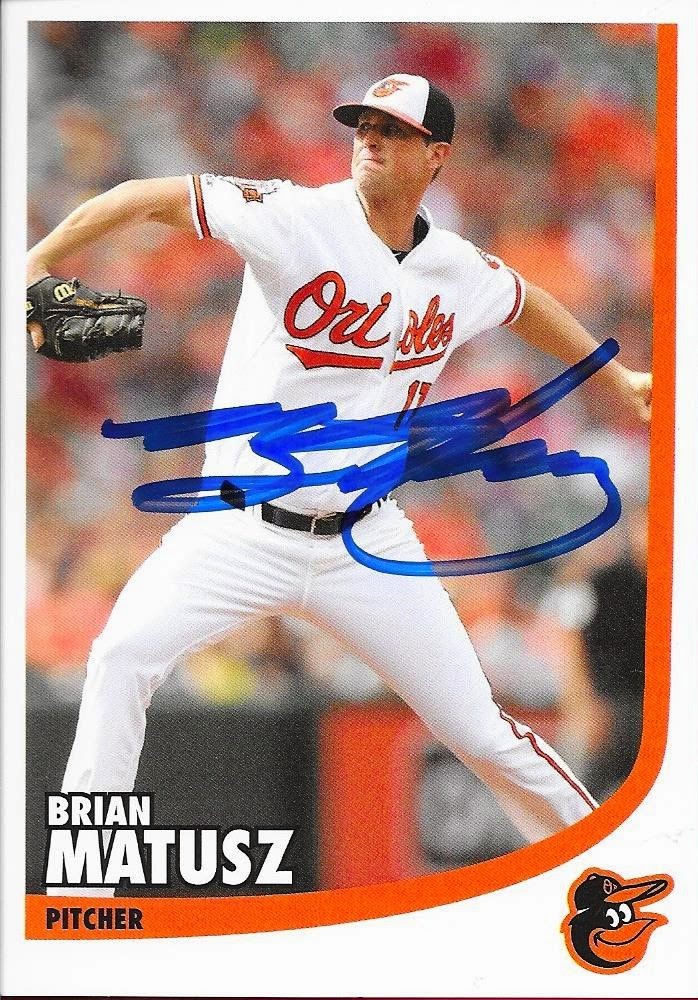 While my wife, son and sister checked out the kids games and Fan Fest in general, my mom and I headed to the 2:00 signing for Brian Matusz, Caleb Joseph and Jim Palmer.  On the way to the line, we met up with my buddy, Michael.  Michael and I worked out our deal for the Reimold jersey and decided to go through this station together since he also had vouchers for it. 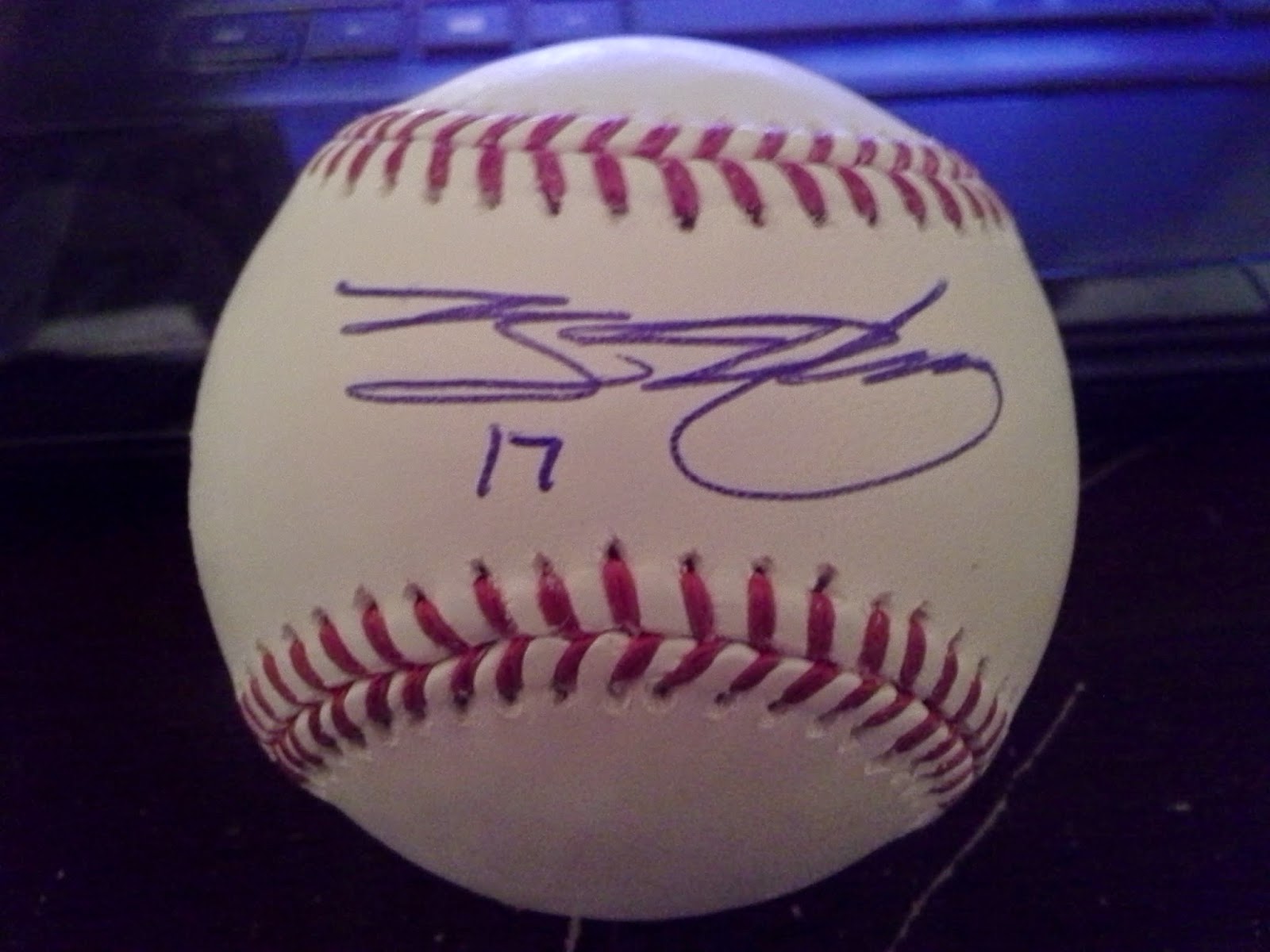 The first player at the station was Brian Matusz, whom I had met quite a few times in the past.  So, when we got up to him, I said "Hey, Brian, how has your offseason been going?"  He looked genuinely surprised that I had asked, so he responded "It has gone very well, actually, thank you for asking..."

Matusz has always been nice, whenever we have met him, so I felt really bad about the cussing I did when he gave up that homer in Game 1 of the ALCS against the Royals.  Sorry, Brian, I'll try to not yell at you through the TV as much this season.  He really is a nice guy. 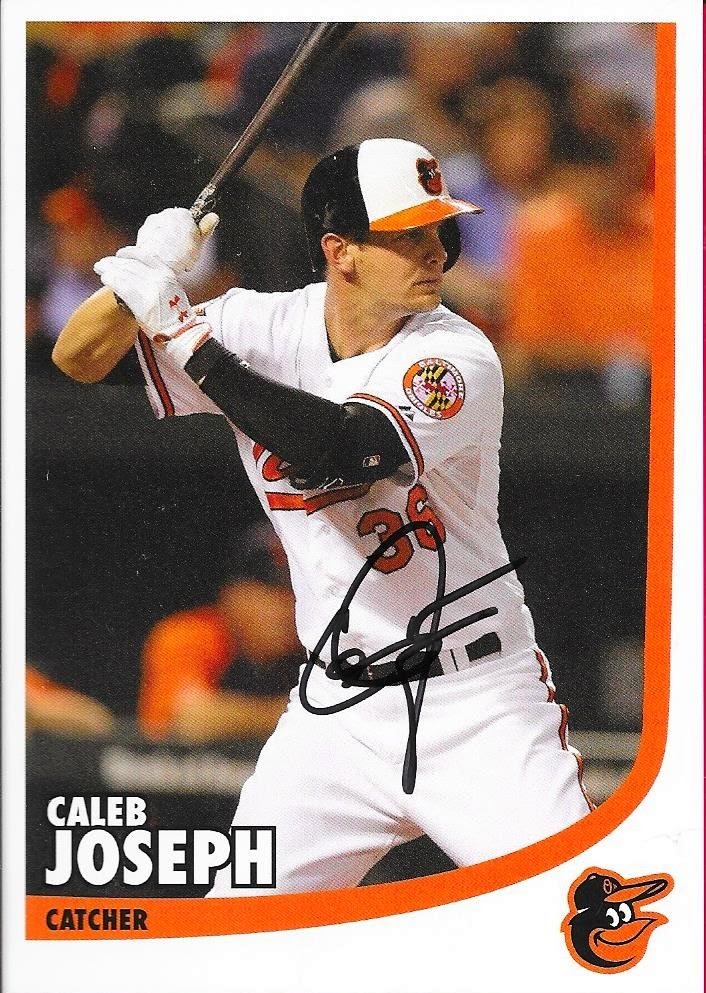 I had met Caleb Joseph a long time ago when he came through this area as a part of the Frederick Keys.  I have his signature on a China ball, put up in a cabinet in my card room.  Michael had multiple items that he wanted signed, so he worked out a plan with my mom, and she got one of Joseph's game used bats signed. 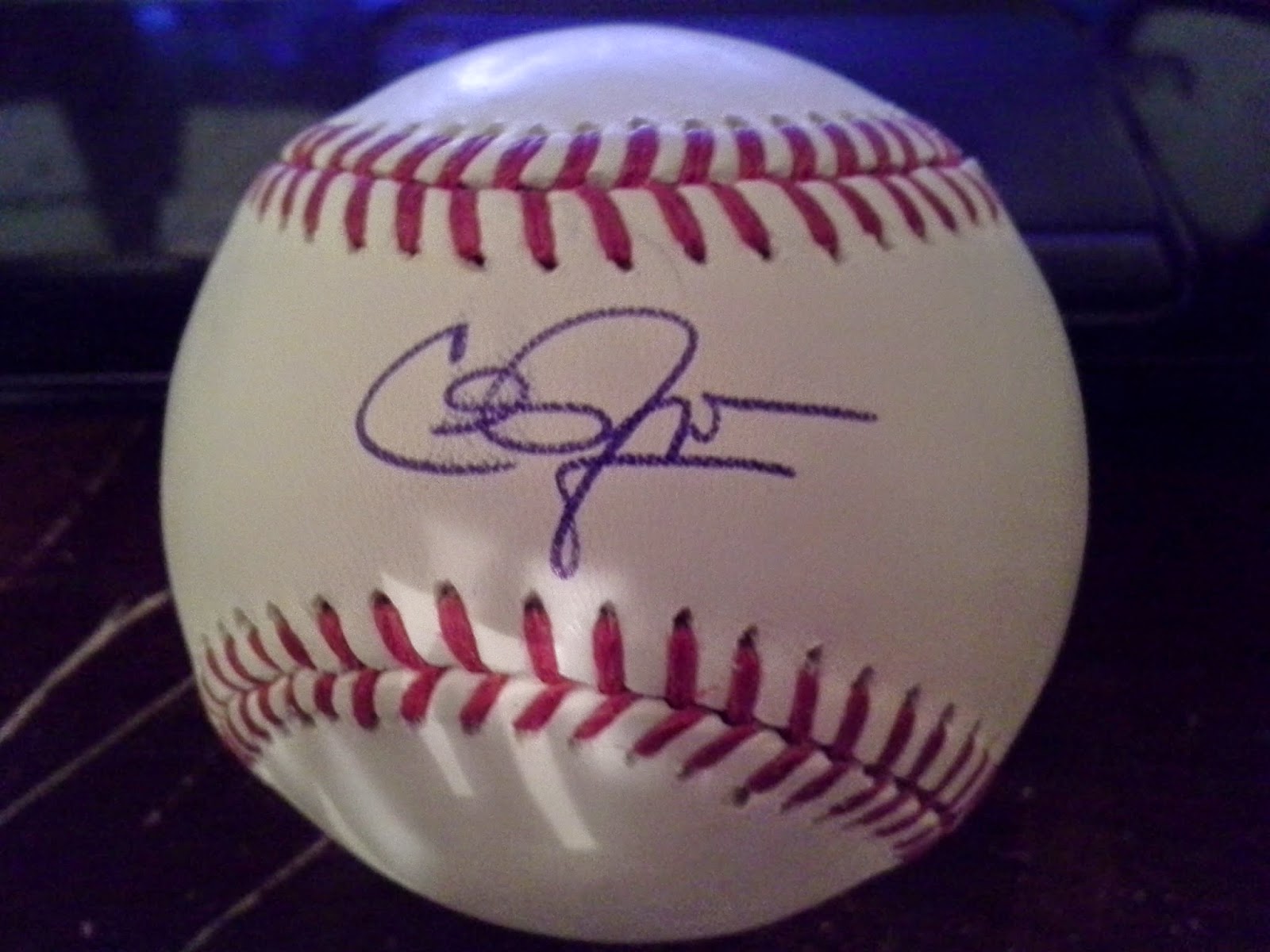 I upgraded my ball with this sweet spot signed OMLB ball.  The old China ball is side panel signed, and has faded a little bit.  This one is much nicer. 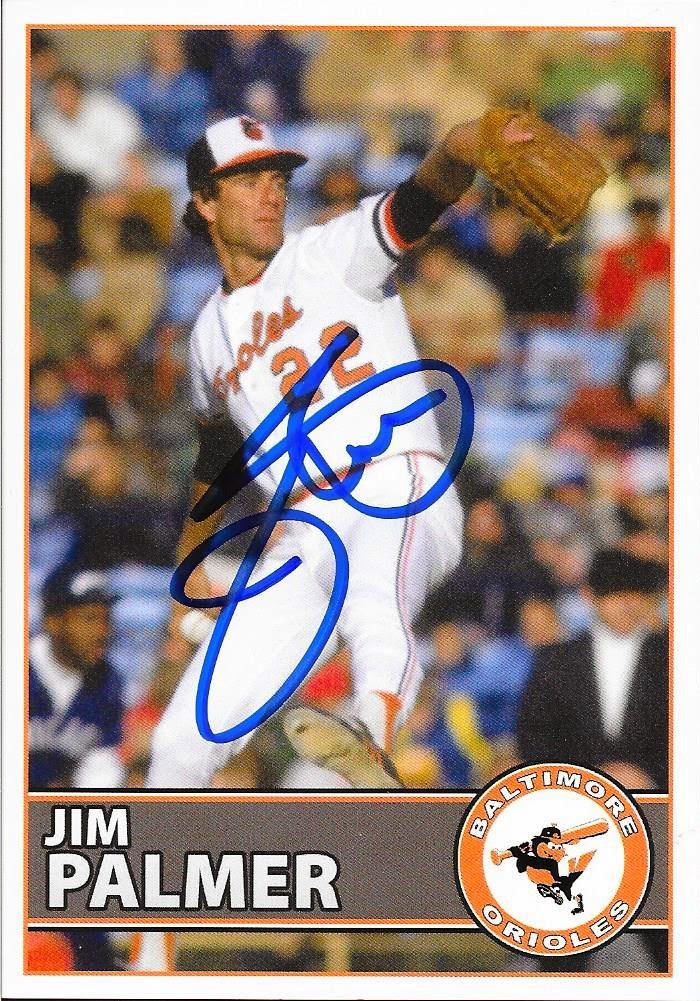 The main reason for this session was so that my mom could meet Jim Palmer.  She remembers him from some sort of advertising campaign from the 70s.  I'm surprised she decided to talk to him about her son torturing her by making her stand in line for autographs and skip lunch, instead of remarking about his underwear ads. 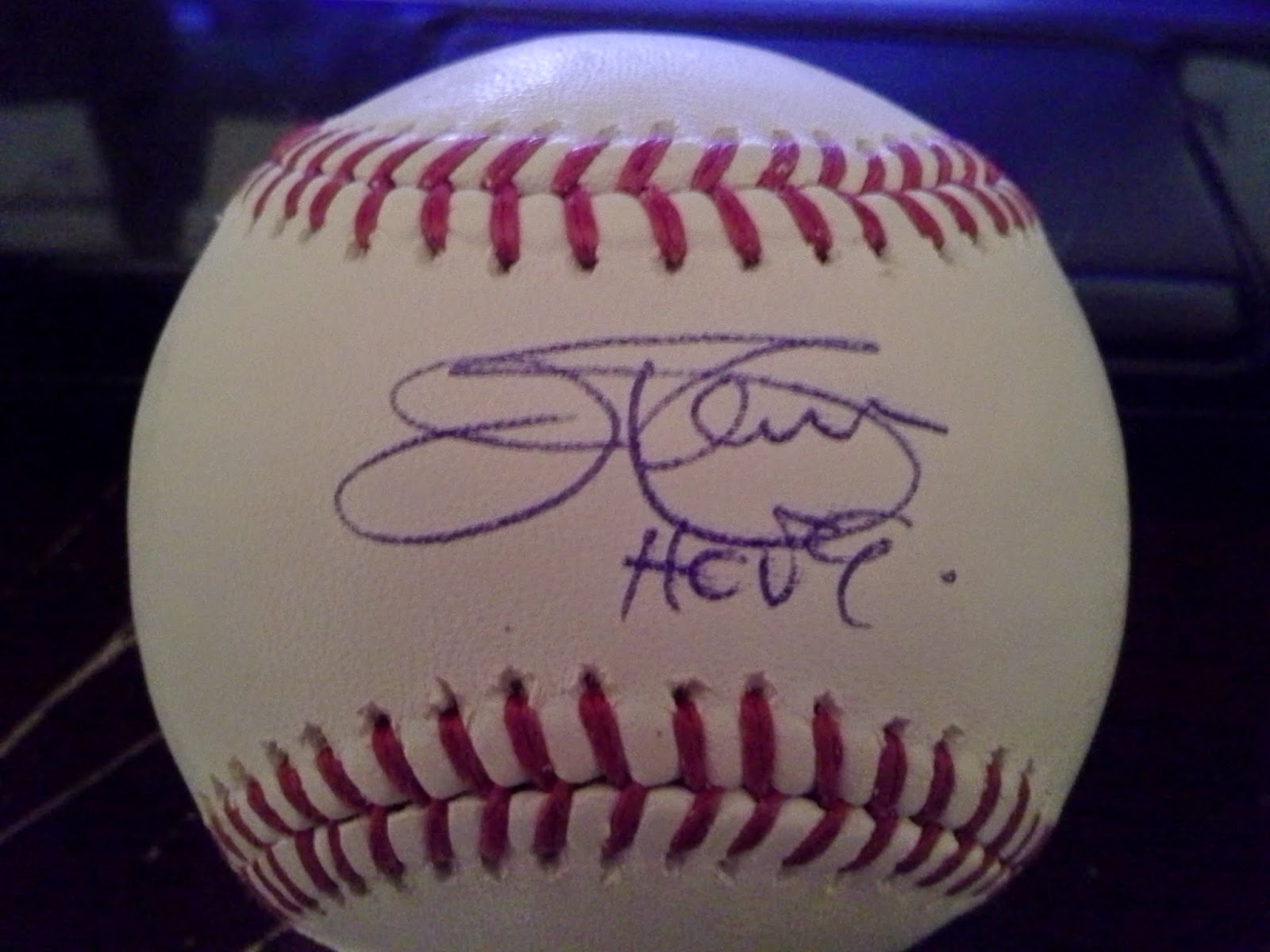 Palmer was really nice to her, and looked at me and said "Where IS the food, anyway!" So, we all got a good laugh.  I'd buy him dinner, but I'm sure he has expensive taste.

This session was provided by my mom, she being the one who purchased the two vouchers.  I was happy to go through the line with her, and it was nice to spend some time with Michael as well.  Mom got to see us in our element, and the amount of work some collectors put in to add pieces to their collection.  This was evident with the huge amount of bats that Michael was lugging around.
Posted by William Regenthal at 6:26 PM