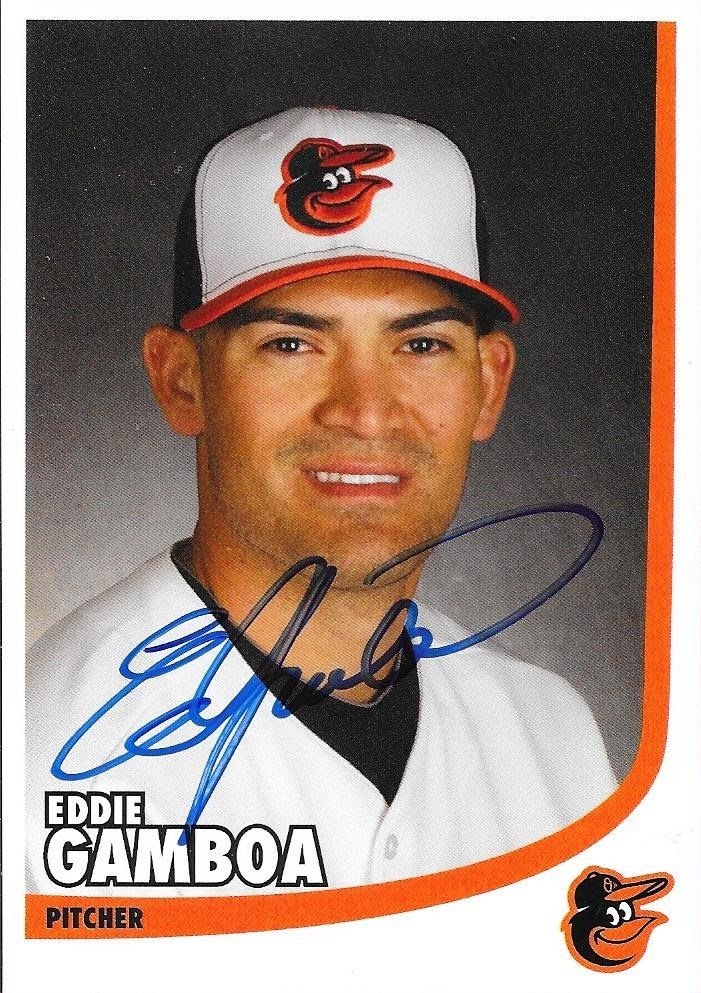 Our third autograph session was at 3:20 and this time, I went through the line with Chris, since he wanted to meet Chris Davis.  The first player at the table was Orioles minor leaguer, Eddie Gamboa. He has been in the Orioles system for some time now, but just recently signed a major league deal with the club.  Recently trained by Hall of Famer, Phil Niekro, on the art of the knuckleball, Gamboa should be an interesting name to watch this coming season.

I got a baseball signed by Gamboa for my buddy, Michael, and I also picked up the above post card.  Michael was glad to get another name off of his want list, and I was happy to help him out. 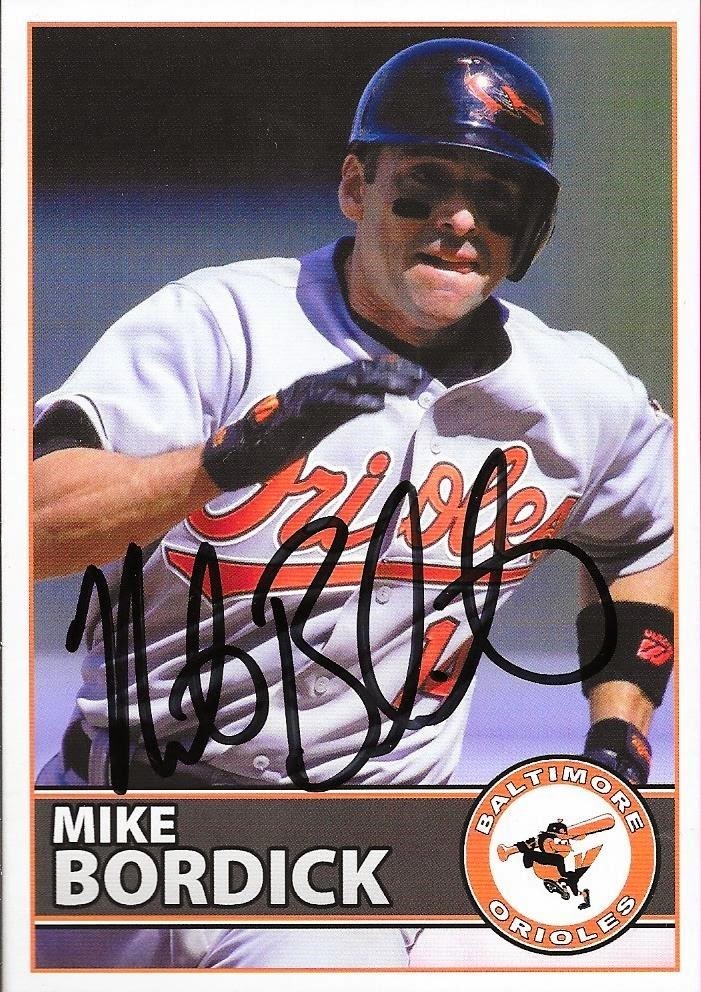 I have met Mike Bordick several times, and this time was no different.  Bordick didn't say a whole lot, but I didn't really know what to say, as well.  He gave me two post cards in addition to the baseball that he signed for me. 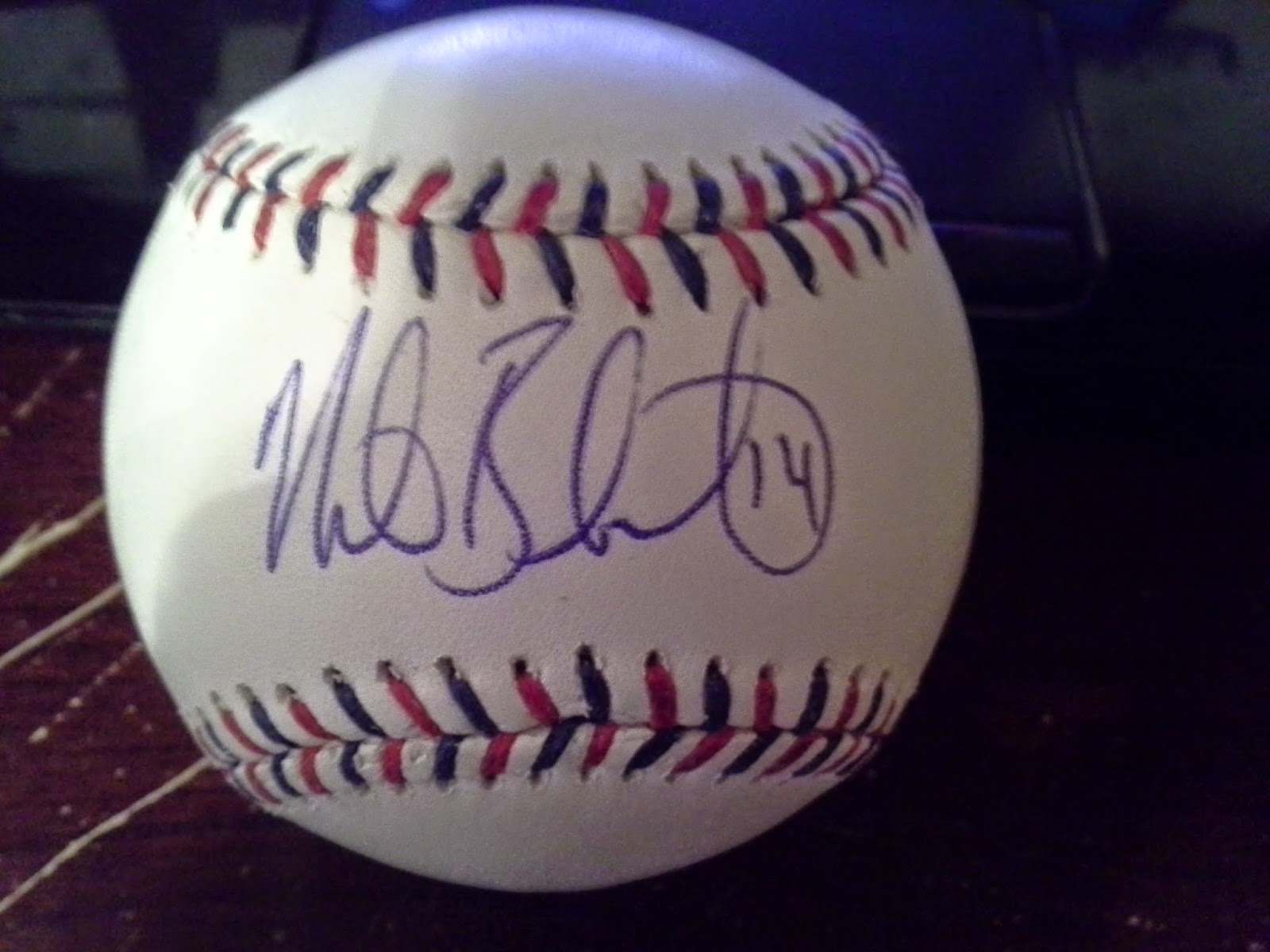 The ball I had signed by Bordick was a 2000 All Star Game baseball.  It has Braves colors for the seams, since that game was played at Turner Field.  Funny how the Braves are already vacating that stadium in favor of a new one.  The ball turned out great.  I have another (faded) Bordick baseball, but this one will make a great upgrade and will allow me to trade the other one. 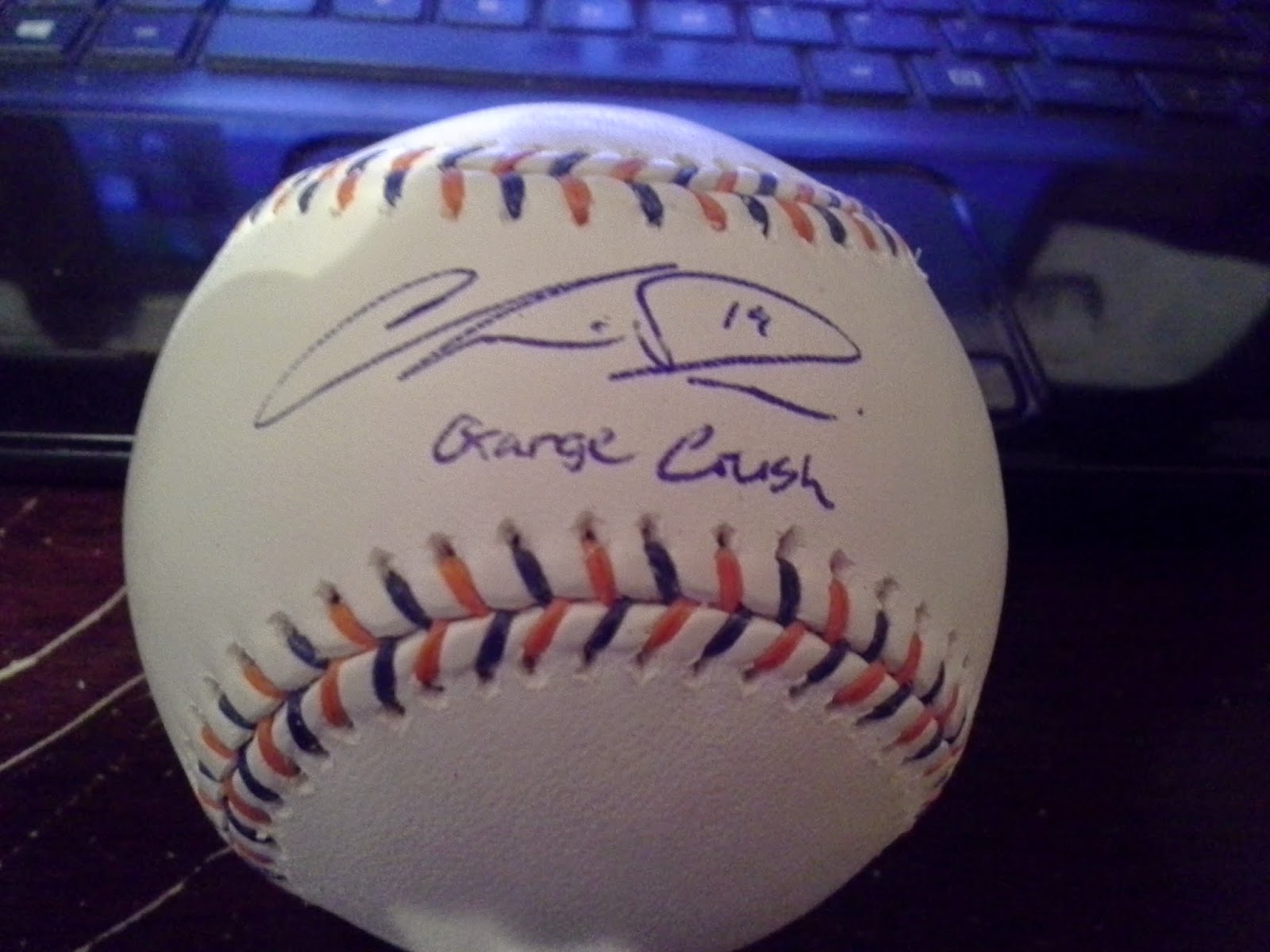 Finally, I was able to meet Chris Davis for a second time.  I met him a couple Fan Fests ago (back in 2013) and had him inscribe a ball with his pitching record from the 18-inning affair against the Red Sox.  That ball has a special place in my collection.

This baseball was a 2013 All Star baseball with Mets orange and blue seams.  I really liked these, and was happy to pick one up.  Davis even inscribed it the way I wanted, with an Orange Crush inscription.  I love the Orange Crush nickname and was glad to finally get it on one of my baseballs.  He usually will inscribe "Crush", but I asked for Orange Crush and he obliged.

Davis was sporting a really nice-looking beard, to which I asked if he would be keeping it for the season.  He said no, he would be shaving it soon.  I asked him if Buck was making him shave it and he laughed and said probably so.

Davis seemed a bit wore out, so I didn't press him too much.  One might have mistaken his being tired as being in a bad mood, but I understood.  I was wore out by then, too.  I imagine a bunch of folks had probably made mention of his suspension, but I hope people were respectful enough to realize, again, that he wasn't doing steroids.

Anyway, I was really happy with these autographs, especially the ones on the specialty baseballs.  I think they turned out great!
Posted by William Regenthal at 5:45 PM