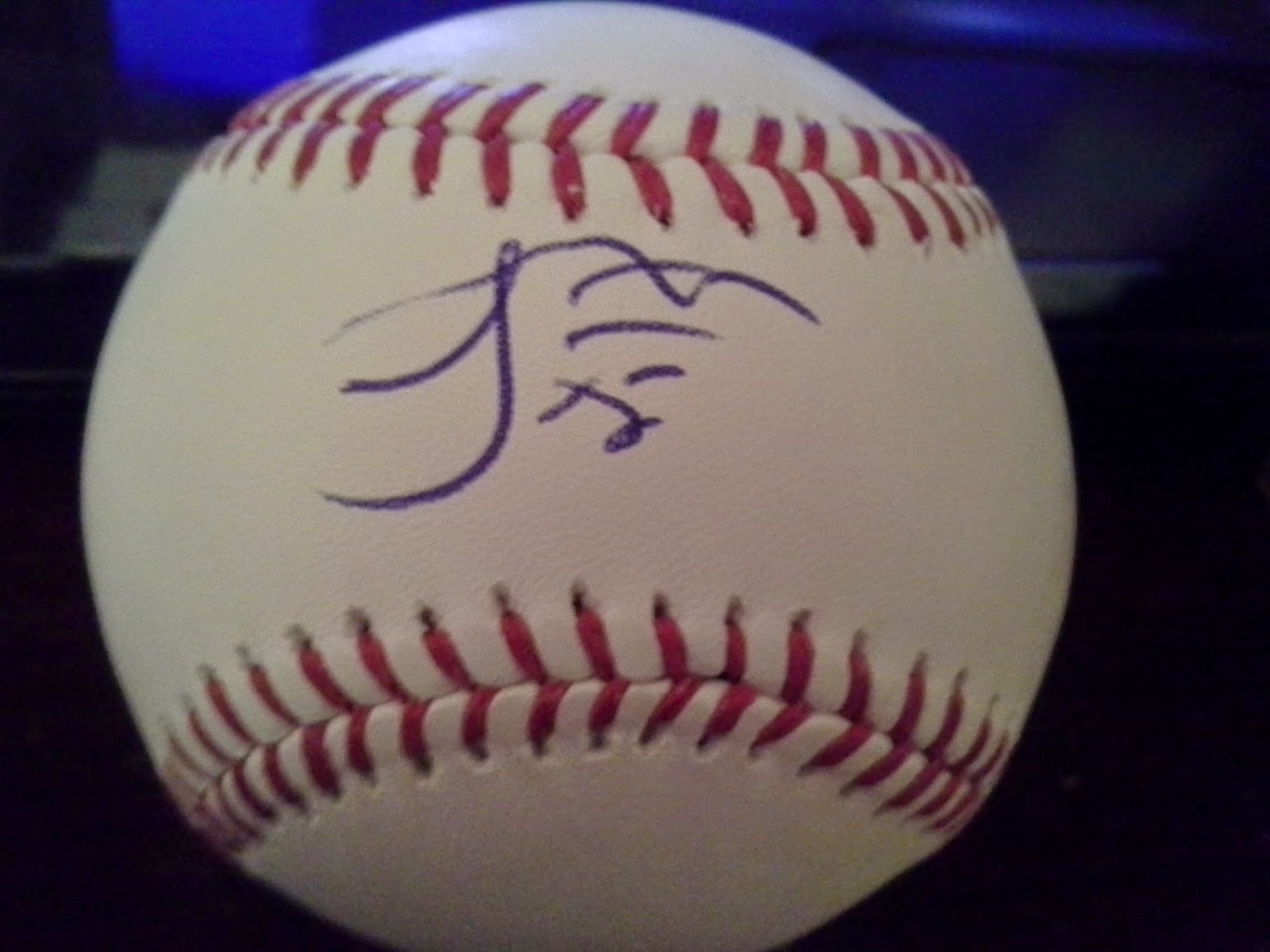 I wrap up my autograph station posts with the final three baseballs I got signed in person.  The first guy at the station was Steve Clevenger, the Pride of Pigtown.  He is from an area of Baltimore called "Pigtown" and is now one of the Orioles backup catchers.  I'm not sure if he will stick with the team, but he is a heck of a nice guy, and you can't help but root for him.  I also got a couple post cards of him, but sent one to my nephew for his birthday. 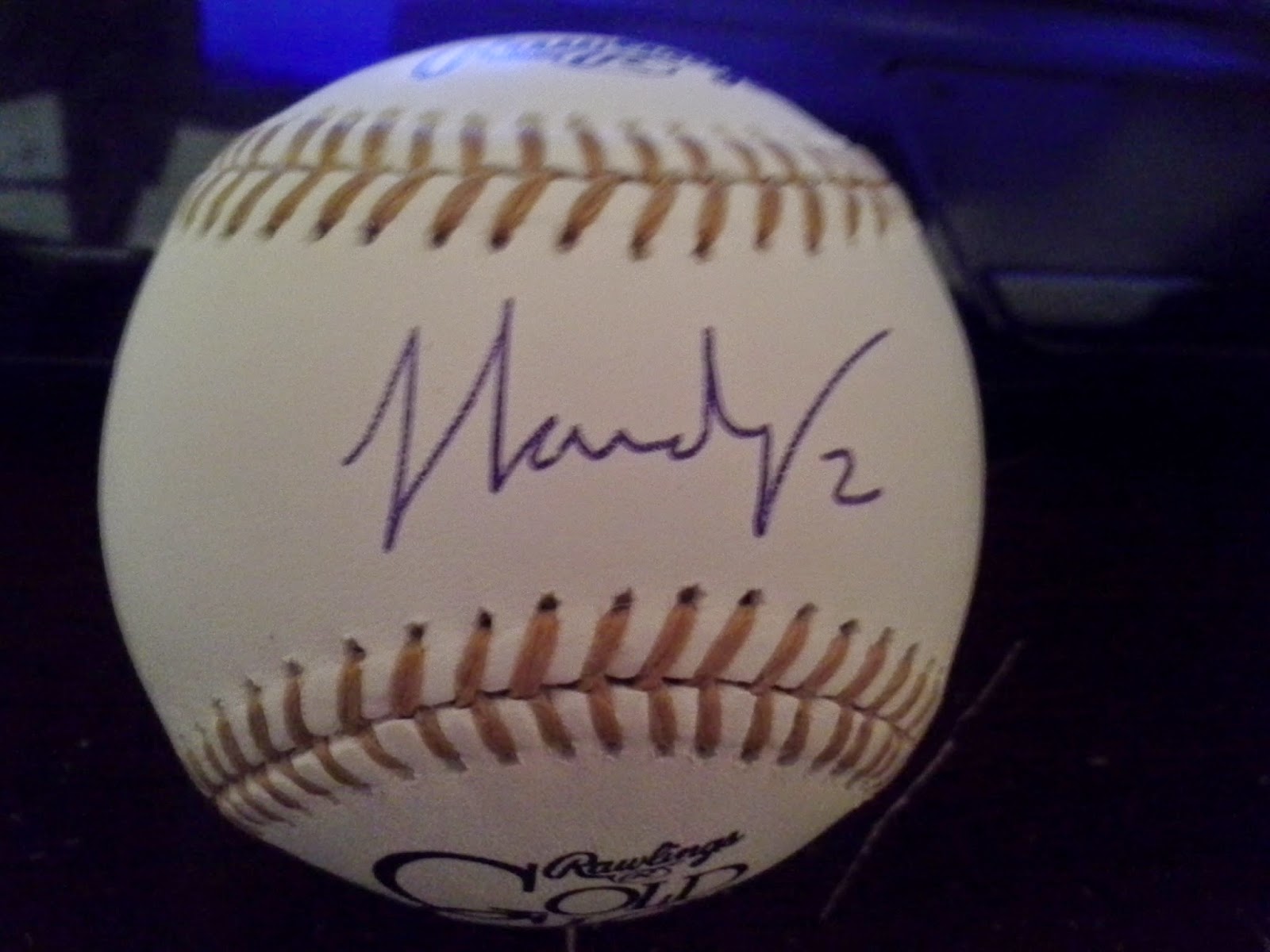 The reason I got vouchers for this station was because I had never met JJ Hardy.  He was a really nice guy, and I got him on this Rawlings Gold Glove baseball.  It looks great, and he left me a really nice signature.  I'm really glad that the Orioles extended Hardy.  I hope he can stay healthy, and retire as an Oriole.  I really enjoy his glove work and the fact that he is the captain of their infield. 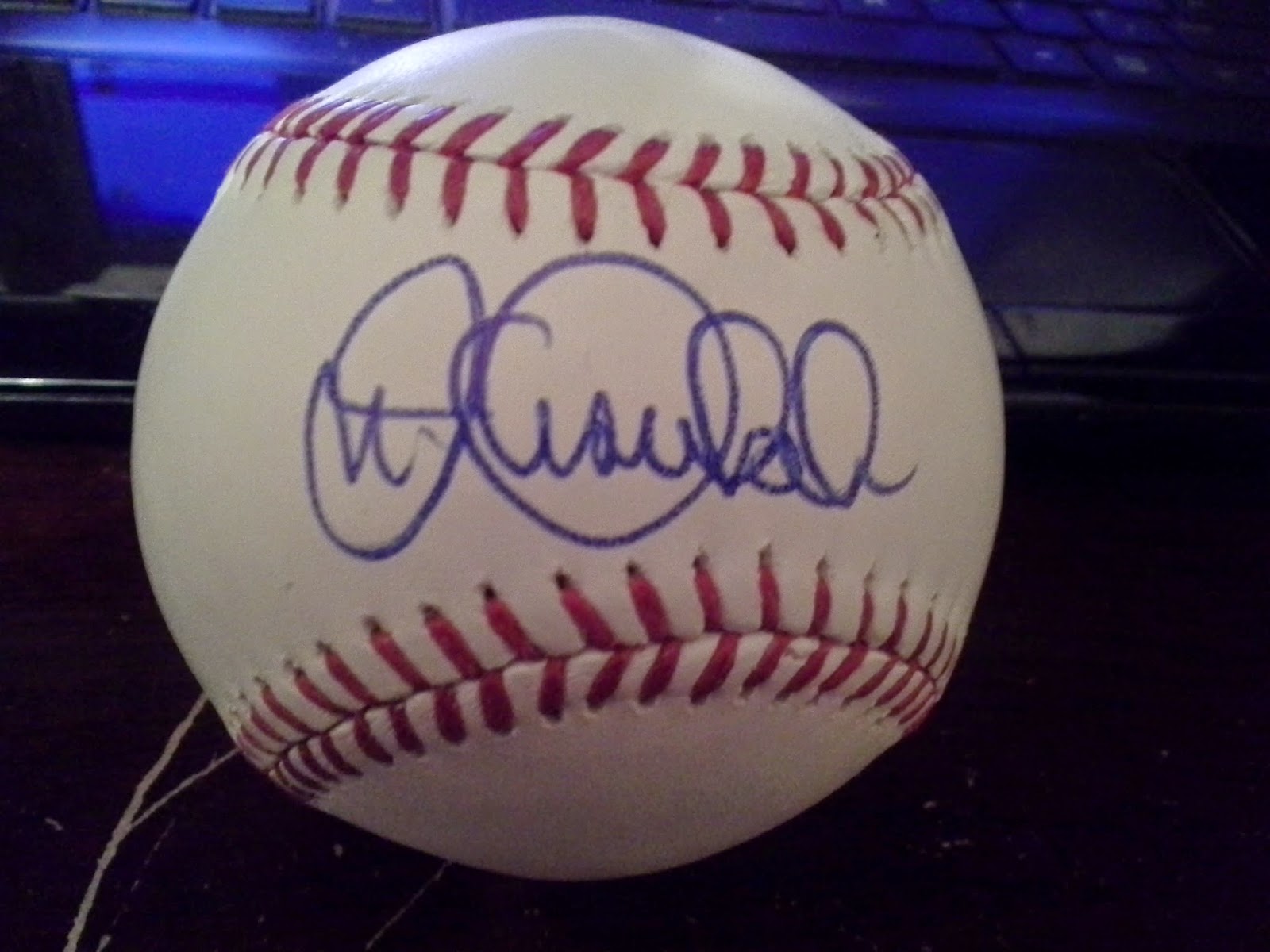 Finally, another guy I was glad to get at this station was former Oriole, Joe Orsulak.  He was on the first Oriole teams that I watched at a kid on HTS.  I'm glad that he has come out to these functions.  I made sure to tell him when he was signing my baseball, to which he said "thanks."

None of these guys really said a whole lot, but, again, we were run through there pretty quickly.  I didn't mind it, though, because by the time we finished this session, I was wiped.  We would reset for a second, then we headed back up to the memorabilia room one more time.  I didn't buy anything at the end, but we did go through the freebie line as well.  That's where I got my 164 rally towels.  I'm down to something like 135 now, with all of the ones I have sold and given out to friends.

In all, we had a great time at Fan Fest, and I hope Mom and Christy did as well.  I can't wait for next year.
Posted by William Regenthal at 9:57 PM