I busted my requisite three jumbo boxes of 2015 Topps Series 1 when they came out.  I had planned on doing a breakdown of what I pulled, but chaos ensued after I revealed my hits on Instagram.  My biggest hit was the above Mike Trout auto.  While I have been an outspoken critic of Trout (not because I don't believe he is a GOOD player, I believe he hasn't shown anything about walking on water just yet), I was really glad to pull the card.  I recognize the fact that Trout is a good player, who has the potential to be a great player, but come on, a .288 batting average isn't exactly setting the world on fire.  Anyway, I had planned to keep it, until my friend, Blaine commented after I posted that he would make me a good offer on the card.  He didn't disappoint. 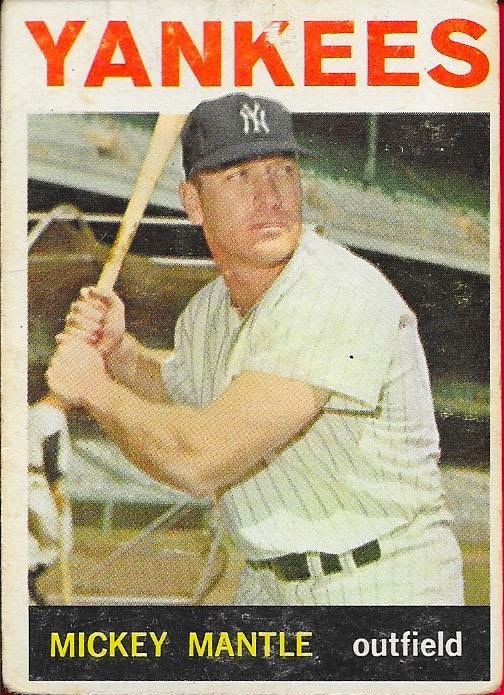 Blaine offered me, not one, but two Mickey Mantles in exchange for the Trout auto.  Two Mantles.  I didn't even let him get out the "T" in flight (Jay Mohr joke) before I said DEAL!  I wasn't going to pass up a deal for two Mantles, and I really was glad that one of them was the 1964. I haven't even begun to start the 1964 set, but this will be a nice start to the set, once I do get moving on it. 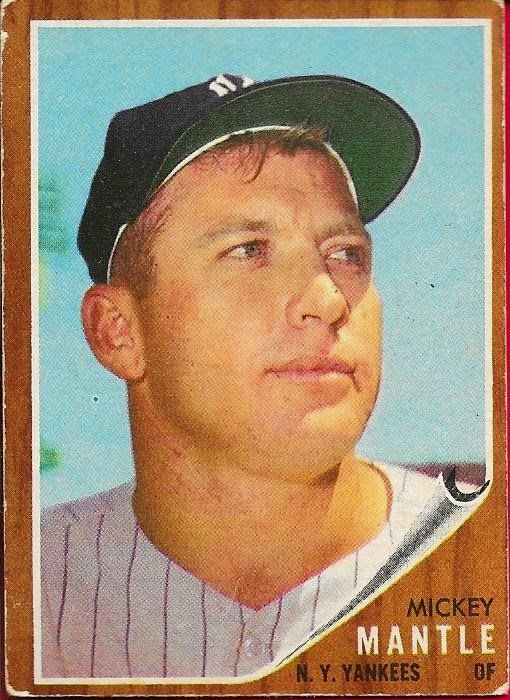 Why, hello there, old friend!  Blaine is the guy I traded my 1962 Mantle to, in exchange for some cash, a 1960 Koufax and some other stuff.  I didn't want to give it up at the time, but Blaine doesn't mess around when it comes to deals, so I accepted.  Anyway, I was happy that Blaine included it in the deal, as well.  I didn't want to give the card up, and now, it's back home where it belongs!  I do believe that this is the very first time in all of my years of collecting that I have traded away and then traded for the same card.  This time, the card is on lockdown!

So, I am really glad I pulled the Trout auto.  My thinking is, Trout is a good player, but he could get hurt tomorrow.  Mantle will always be Mantle, so doing this deal, for me, was a no brainer.  I also appreciate Blaine in that he is an amazing person to work with, and he doesn't fool around with deals.  He makes a great offer right off the bat, and we were able to come to terms really fast.  I really think the Trout was up for less than 5 minutes before the deal was agreed upon.  That's pretty awesome!
Posted by William Regenthal at 7:48 PM