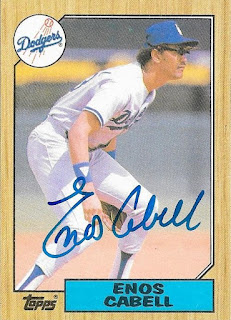 I added cards to two different sets by answering a signing with Enos Cabell.  I knew I needed Cabell for my 1987 Topps set, but I was pleasantly surprised when I saw that he was a former Oriole and he had a card in the 1991 Crown set. 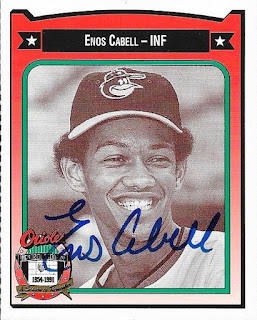 Cabell has a great signature, and it showed up very well on both cards.  I was happy with how sharp that 1987 Topps looked.