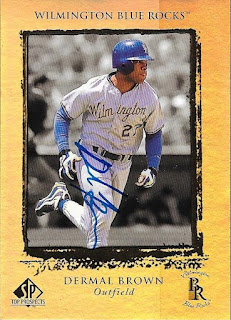 I was able to get some cool prospects cards signed when I got this TTM success from Dermal Brown.  I had found the above 1999 Upper Deck SP Minors in a box at my LCS.  It turned out really well, and will look cool in my album. 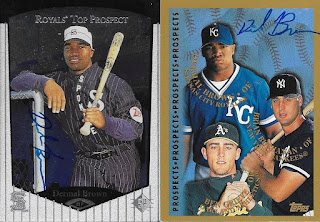 I mailed to Brown on January 6 and got the cards back on February 6, for a 31-day TAT.
Posted by William Regenthal at 6:23 PM