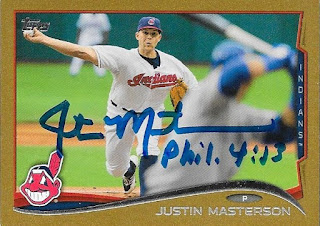 I added some really cool cards to my autograph album with this TTM success from Justin Masterson.  I had a ton of his cards in my box, and it was tough choosing what to send him.  The above 2014 Topps mini gold definitely had to be sent, and I love how it looks.  The card is numbered 18/63. 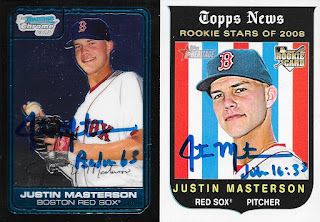 I had Masterson's 2006 Bowman Chrome card in my rookies box for a long time.  I was glad to get it out of there and signed.  Same with his 2008 Topps Heritage RC. 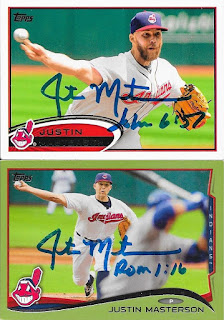 I mailed to Masterson on October 22 and got the cards back on February 1, for a 102-day TAT.
Posted by William Regenthal at 5:37 PM