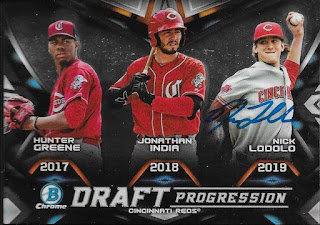 I was able to get a few cards from 2019 Bowman Draft signed with this TTM success from Nick Lodolo.  The above Draft Progression card turned out well, and I might be able to get Hunter Greene and Jonathan India, as well. 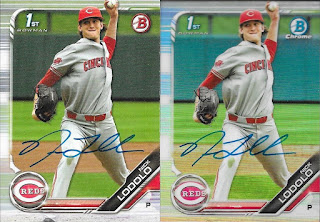 I also got the base and chrome refractor cards signed.  Lodolo has a nice signature.

I mailed to Lodolo on December 27 and got the cards back on February 4, for a 39-day TAT.
Posted by William Regenthal at 10:32 PM