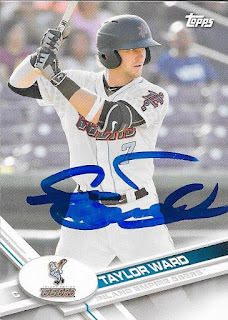 I was able to get some cards out of my prospects box and get them signed recently with this TTM success from Taylor Ward.  I have slowed down on getting 2017 Pro Debut signed, but I have also whittled the bulk stack of those cards down, so it is nice to pull a few more away. 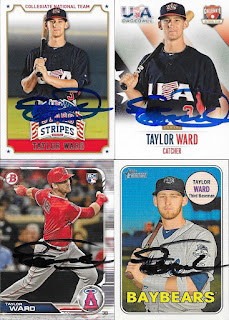 He was a first round pick (26th overall) by the Angels in the 2015 June Amateur Draft.

I mailed to Ward on January 6 and got the cards back on February 4, for a 29-day TAT.
Posted by William Regenthal at 8:51 PM