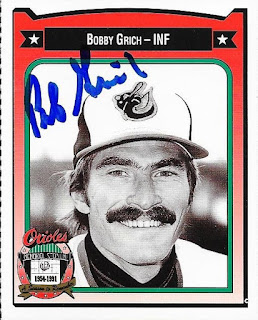 I added some nice cards of a former Oriole to my album with this TTM success from Bobby Grich.  I wanted to make sure I got the above 1991 Crown Orioles card done when I sent to him, and it turned out really well.