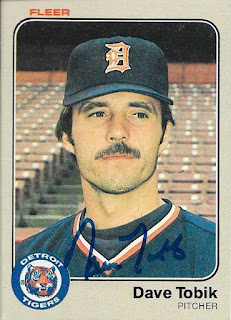 Here are some cool early 80s cards that I was able to get out of my boxes (especially this 1983 Fleer that had been hanging out in a box which is at the bottom of my stack of boxes) and signed by Dave Tobik. 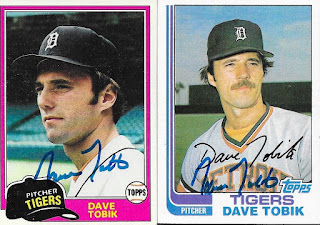 Tobik signed the cards in blue Sharpie, and the signatures look really nice.

I mailed to Tobik on January 20 and got the cards back on February 3, for a 14-day TAT.
Posted by William Regenthal at 4:41 PM