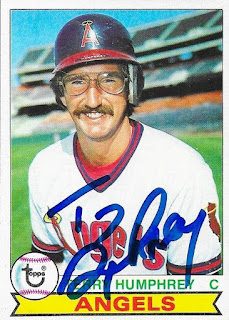 Here are some 70s cards that I got signed by Terry Humphrey TTM.  The cards all turned out really well, like the above 1979 Topps. 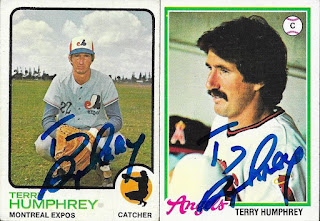 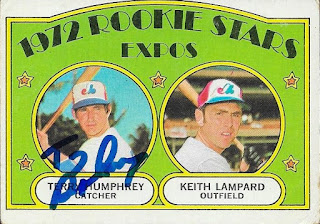 I mailed to Humphrey on January 20 and got the cards back on February 3, for a 14-day TAT.
Posted by William Regenthal at 10:35 PM