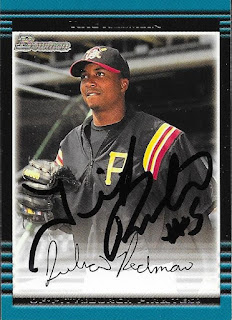 These two cards from Tike Redman turned out really well, I think.  I saw that he was signing TTM, and picked the above 2002 Bowman up from my LCS. 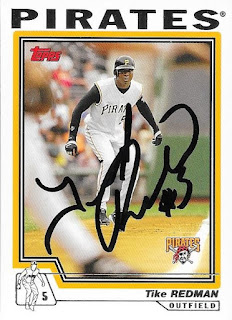 This 2004 Topps was in one of the sets I picked up from the LCS that he was just going to throw out.  I'm glad I got it, because I have been able to add some more 2004s to my autograph album.

I mailed to Redman on January 15 and got the cards back on January 27, for a 12-day TAT.
Posted by William Regenthal at 5:55 PM