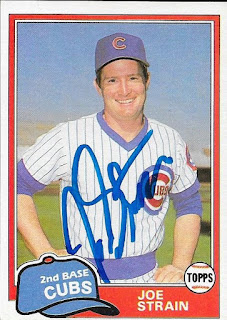 I got some cards out of my "to be TTMed" box that had been in there for a while.  I sent four cards to Joe Strain.  The above 1981 Topps Traded really looks sharp.  I've said it a lot, but the 1981 set is a really nice set.  I believe 1981 is the set that I have the second most signed card of.  I'm in no way pursuing that set, but I definitely would have a head start if I was. 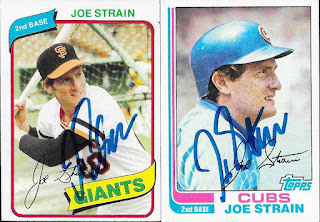 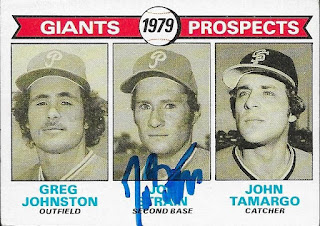 Finally, I got this 1979 Topps Giants rookies card signed.  I don't think I am going to try to complete the card, as I haven't looked up the other two guys.

I mailed to Strain on January 6 and got the cards back on February 1, for a 26-day TAT.
Posted by William Regenthal at 5:52 PM