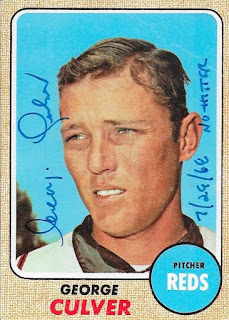 I was able to get this 1968 Topps signed TTM by former pitcher, George Culver.  He has a cool signature, and added a 7/29/69 No Hitter inscription, which was nice. 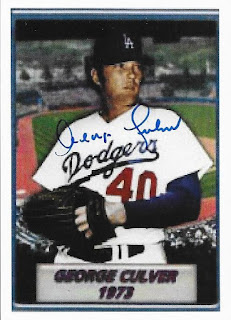 Culver also added this card.  I always enjoy it when players add their own custom cards.