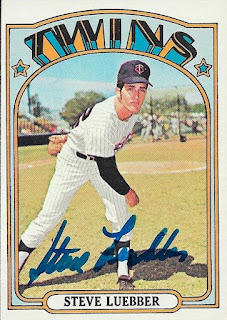 This past week was the Blue Rocks' first trip to Kinston this season.  I had knocked off a few of their cards when they were at the Mudcats the week prior, so the major stuff I wanted to get done was completed already.  I missed Daniel Lynch and Seuly Matias, since the two of them were on the DL.  I also found some cards of the Blue Rocks' pitching coach, Steve Luebber. 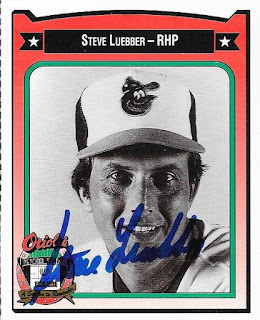 Luebber has a nice signature, but he never seems like he enjoys stopping to sign.  I got him on these two cards during the series, and had three other 1972s to get done.  I had some other folks help me with those, so I wouldn't have to be the one bothering him the whole time.  It worked out, as they are all signed, now. 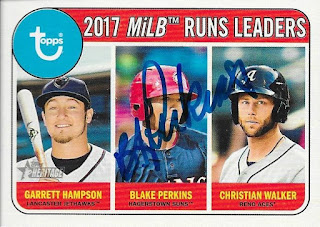 I got Blake Perkins on the remaining cards that I had of him.  He seemed really nice, and happy to sign. 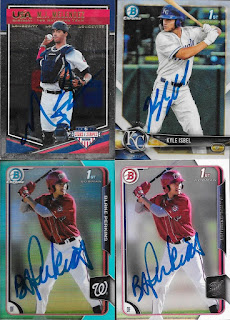 Kyle Isbel was one per, and MJ Melendez was two per, so I still have some stuff leftover from them. 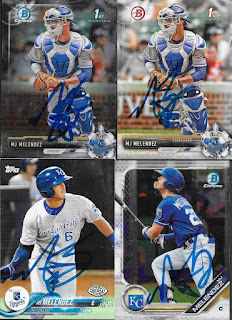 Even though they limited, they were really nice, and stopped for us each time. 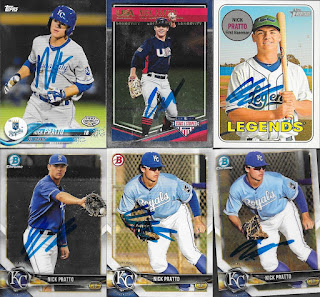 Nick Pratto might have been the nicest of the bunch.  He sifned full pages of 4 cards for me each time, and always had time to chat.

The Wood Ducks took two of three during this series, which may serve as a preview of the Carolina League playoffs.
Posted by William Regenthal at 3:51 PM