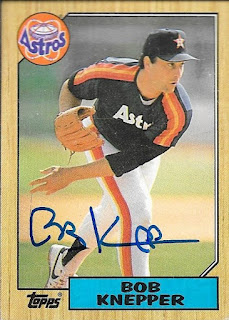 Another private signing got me this Bob Knepper card signed for my 1987 Topps set.  I have slowed down a bit on getting these, only because there haven't been as many TTMs coming in, and definitely not many private signings that I need are popping up.