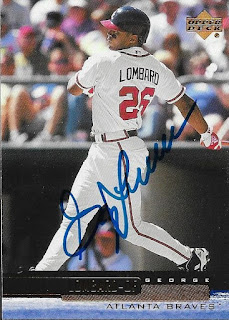 I got another TTM success back from the batch I sent to Spring Training, this one being from Dodgers camp.  I had some nice late 90s, early 2000s cards of Lombard that I sent off, but he ended up keeping two of the better cards that I sent. 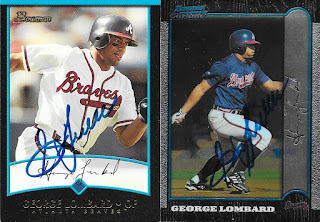 The ones I got back turned out well, so I can't complain.  I just wish I had gotten the other two cards back, because they would have looked cool.

I mailed to Lombard via Dodgers Spring Training on February 5 and got the cards back on June 22, for a 137-day TAT.
Posted by William Regenthal at 5:40 PM