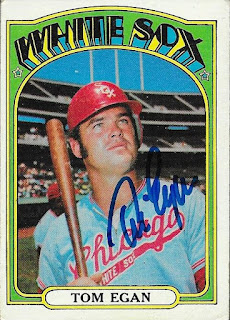 Here is another TTM success that includes a 1972 and 1973 Topps.  I feel like there have been a ton of these lately, and that is probably true.  I got the two boxes at the same time, and sorted them by players who sign.  Then, I sent off a bunch, and waited for the results.

This time around, I received signed cards from Tom Egan.  He signed in blue Sharpie, and the cards look great. 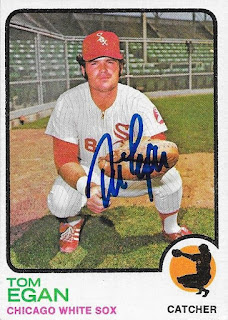