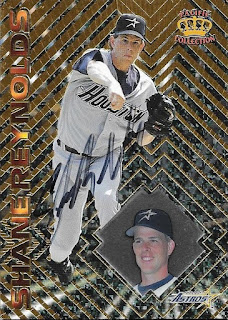 If someone were to go back and look at all of my posts about TTM successes, one common statement comes out in most of the posts.  I usually talk about how great the cards came out and how happy I am with the TTM success,  Well, due to a near-dead Sharpie, these cards that came back from Shane Reynolds look like crap.

I had some really cool late 90s cards that I haven't gotten many of in my album, and I was really excited to try to get them back signed.  Add in the long wait time for these, and this was just a dud. 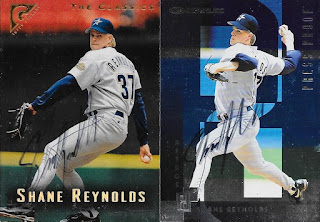 The cards are still going into my album, but I really wish he had used a better Sharpie.  Not much I can do about it now.