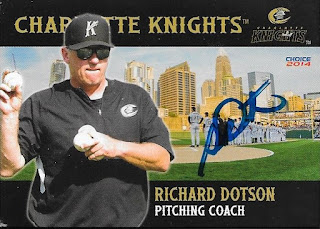 I added another 1987 Topps to my album, and also took a card out of my old Charlotte Knights team set with this TTM success from Richard Dotson.

I had picked up this 2014 Charlotte Knights team set in a gift package that I won at a charity auction in December.  It consisted of a bunch of baseball stuff, including the team set.  I have gotten a couple cards from it signed, and this Dotson is the latest one. 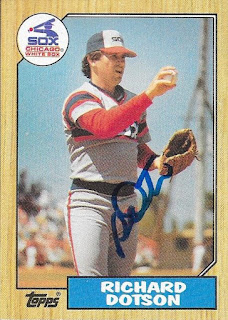 The 87 also turned out really well.  He doesn't have much of an auto, but it looks good on this card.