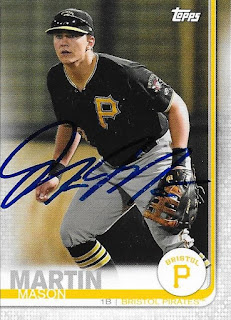 My good friend, Dugan, took the trip to the Sally League All Star Game back in June, and came up with some autos for me.  I had sent him a few guys that I missed when I was in Hickory, and also a few Julio Rodriguez cards.

He was able to bring me back three cards that I can now put into my album. 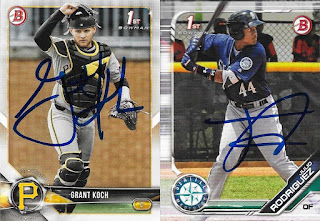 I believe Dugan has some more stuff that he will get done for me during the remainder of the season, but I'm not quite sure what I have given him.

I saw him last night at the Mudcats game, and even though it was only for a couple of minutes, it was still really nice seeing him.  Now, I just need to get him back down to a Wood Ducks game!
Posted by William Regenthal at 7:24 AM