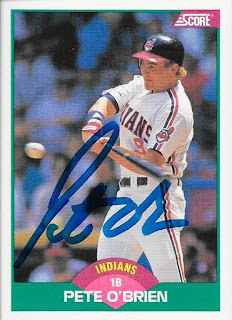 I got some cards signed in the TTM success from Pete O'Brien that I had gotten from Goodwill.  My mom had told me that there were a bunch of boxes of cards at a Goodwill near her house, but she didn't have time to pick them up.  Since I was in town, I figured I would go by there and see what they had.  They ended up having several late 80s/early 90s traded and update sets.  I bought most of what they had, and some of the cards have already been used for graphing.  I had found several Pete O'Brien cards while I was looking for something else, so I pulled them and used them for this TTM request. 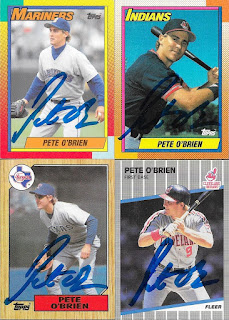