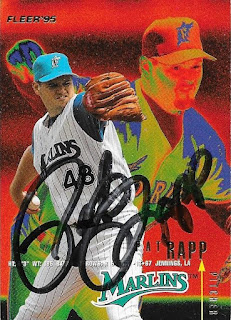 I got a nice TTM success in from Pat Rapp recently that had been out for almost a year.  I was most excited by this awesome 1995 Fleer.  This freaky set really looks great signed, and I have toyed with the idea of buying a box so I can have some bulk of this set. 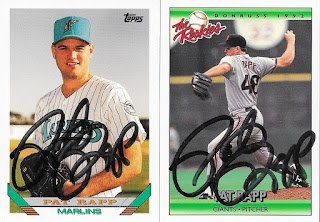 I was glad to get him on the 1992 Donruss Rookies card.  I also added a couple Topps cards to with album with the above 1993 Topps and the below 1995 Topps. 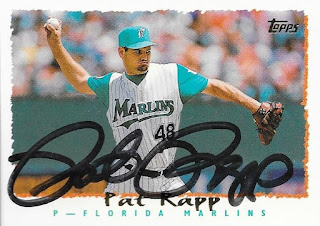