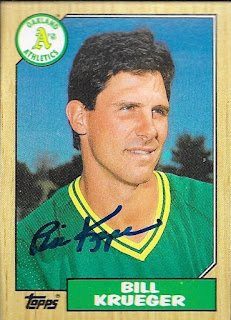 Mail has been really light lately due to the snow that we had recently.  Still, I got a TTM success in that had been out for a bit.  I was able to add some nice 80s cards with this return from Bill Krueger.

The above 1987 Topps was from my set, and turned out really nicely. 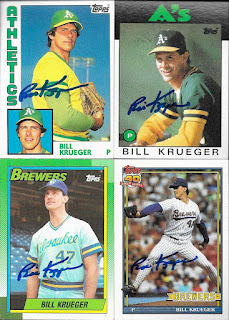