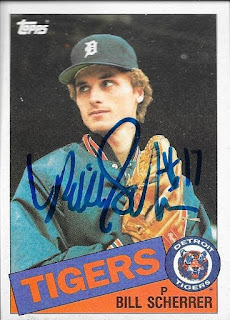 The last TTM success to come in during 2017 was this success from Bill Scherrer.  The cards that I sent turned out really nice.  I realized later on that I had an Orioles minor league card of him, but I was too late to include that one.  Still, the cards look great. 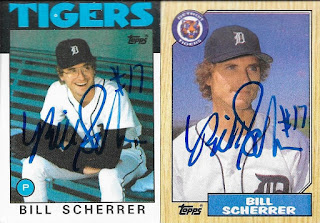 I was able to add another 1987 Topps to the album with this success.  At the close of the year, I have 110 signed cards from that set. 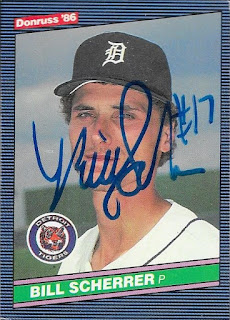 I also had to add a non-Topps card in this 1986 Donruss.  I always liked this design, and had one in my pile of Scherrer cards, so it made its way into the envelope.

I mailed to Scherrer on October 9 and got the cards back on December 23, for a 75-day TAT.