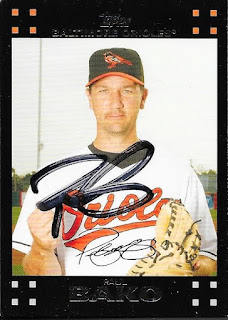 It's always nice getting a TTM success back that has been out for a while, and it is also nice getting one back from a former Oriole.  Both of those scenarios occurred when I received this success from Paul Bako. 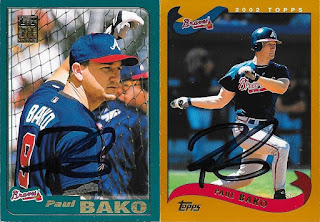 I added some nice Topps cards to my album with this success, starting with the 2007 Topps Update at the top of the page showing Bako in an Orioles uniform.  I also added cards from 2001 and 2002 Topps. 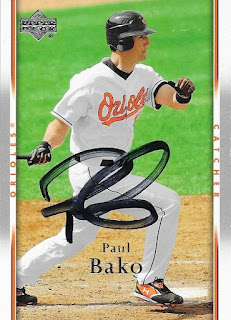 This 2007 Upper Deck was also a nice card to get back.  I remember buying a box of this when it came out, as I liked the design.

I mailed to Bako on February 2 and got the cards back on December 1, for a 302-day TAT.
Posted by William Regenthal at 6:08 PM