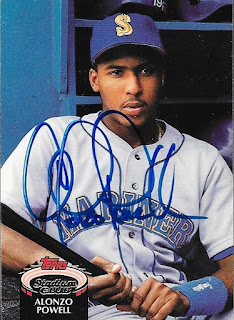 I got a surprise care package in the other day from my little buddy from Instagram, Micah.  He sent the package as a birthday gift to my son, Chris, since they talk some on Instagram.  Micah had included some stuff in the package for me, as well.  The abve Alonzo Powell signed Stadium Club was one of the cards. 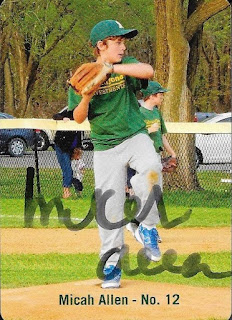 Micah also included one of his own cards, signed.  I think this card of him is from several years ago, since he looks so young in the photo.  I actually enjoy it when the folks I trade with include their own cards.  One of them is bound to hit it big, right? 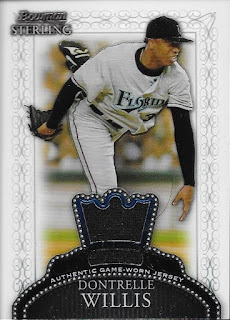 Another of the cards he included in the package was this nice Bowman Sterling Dontrelle Willis relic.  I met Willis a few years ago at the National Card Show.  He was really nice in person, and I wouldn't mind meeting him again.

Thank you so much for the care package, Micah!
Posted by William Regenthal at 10:44 PM