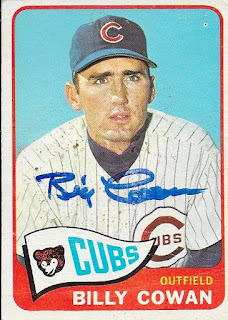 Back with more vintage cards, here is a success from Billy Cowan.  He was another player I picked up while at the Greenville card show.  I wanted more 1965 Topps, so this one was important to send off.  I really like this set, and keep talking about how I want to build the set someday.  Thing is, I have been talking about it for forever, but still haven't finished 1969.  I did knock a few cards off of that checklist while at the Greenville show, so it's not like I haven'd done anything with it. 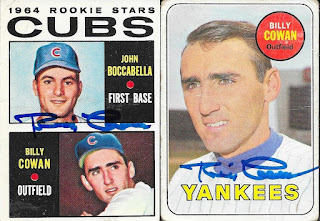 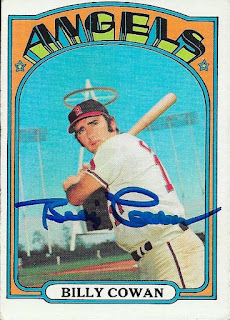 Finally, I thought this 1972 Topps was really cool.  The halo from the Angels logo forms a halo over Cowan's head.  It was a pretty cool visual.