A Couple Trades With Cal 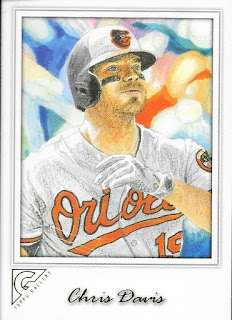 My friend Cal made a couple trades with me recently.  He and I have been talking about TTMs and autos lately and made a few deals.  He just busted a box of Topps Gallery and sent me these two that I needed for my PCs.

I really like this product.  I haven't seen any that I could open, so getting these from Cal was pretty nice. 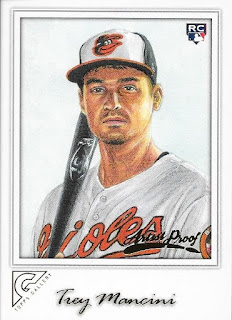 The above Trey Mancini is an Artist Proof, which is pretty cool.  It's not numbered, but I like it.  I may take it to Fan Fest in January to get it signed, but I do already have a few Mancinis that I had planned on taking with me, so we will see. 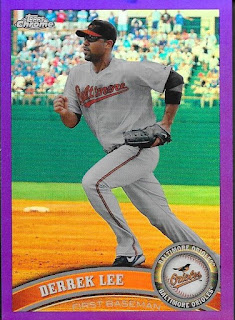 Finally, here is a purple chrome refractor of Derrek Lee.  I always forget that Lee was an Oriole.  I remember when he was traded to the Pirates.  I think I saw his first game with the Pirates, but I could be wrong.

Thank you so much for the deals, Cal.  I hope we can do some more in the future.
Posted by William Regenthal at 5:27 PM