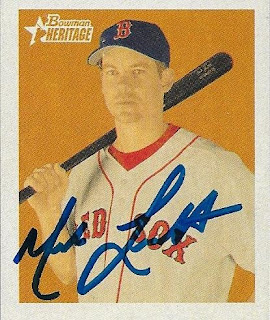 I added some more recent cards to my autograph album with this TTM success from Mark Loretta.  I had found quite a few cards of his and sent them all off.  I wasn't expecting him to sign them all, but I was really happy to see that he did. 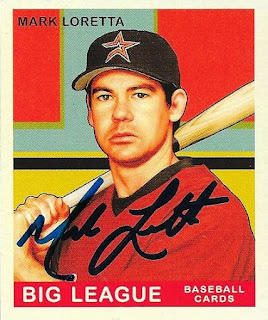 This Goudey turned out pretty nice.  I have a few of these, and wanted to get one of them out of my boxes and into my album.  The card is really colorful and scanned really well. 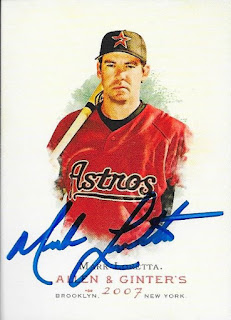 You can never go wrong with getting an Allen & Ginter signed.  They always look great, and this one is no exception.  I have so many Ginters from 2006 to 2010 taking up space in boxes.  I really need to get some out into the world for signature and see what comes back. 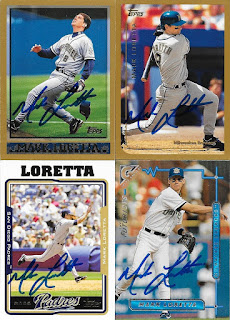 Here are the other Loretta cards that I sent out.  The bottom right Topps Gallery came out of a box I busted while up at Andrew's for his graduation.  I also added three Topps cards to the album, 1998, 1999 and 2005.

I mailed to Loretta on October 20 and got the cards back on November 30, for a 41-day TAT.
Posted by William Regenthal at 4:37 PM