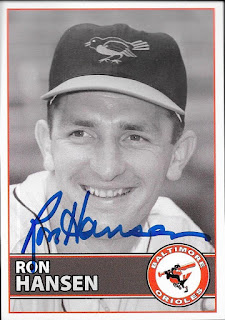 I met a guy while graphing at Wood Ducks games this season named Dan.  I helped him out early in the season, and we got to be graphing buddies.  Not too long ago, Dan bought some ball cubes off of me, and also gave me a few Orioles post cards that he had gotten signed at a game this past season. 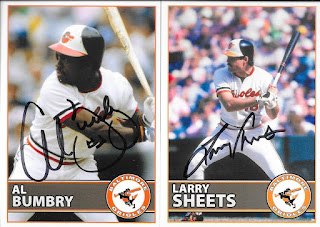 Dan had gone to an Orioles game and got these post cards at an alumni signing.  I think they do this on Monday nights.  I went to one where Al Bumbry was signing a few years ago.  I wouldn't mind catching another and getting some cards signed.

Thank you for the signed post cards, Dan!
Posted by William Regenthal at 11:16 PM