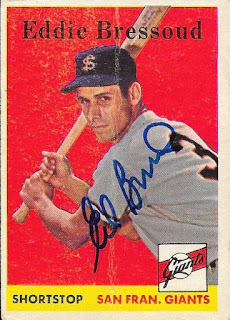 Here is one of the vintage guys I picked up while at the Greenville card show, Eddie Bressoud.  I really liked the above 1958 Topps, so I was really happy that he signed it.  I sent him 5 cards, and he signed 4.  The card he chose not to sign was a 1963 Topps.

Check out the airbrushed SF logo on Bressoud's hat.  The Giants had just moved to SF, and it looks like the Topps artist had some issues getting the logo right. 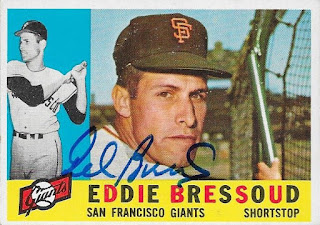 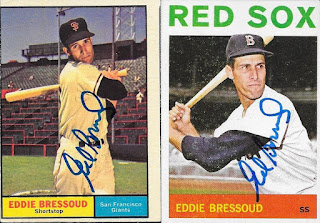 I mailed to Bressoud on October 28 and got the cards back on November 24, for a 27-day TAT.
Posted by William Regenthal at 8:13 PM