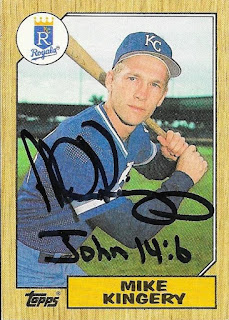 I got a TTM success in the other day from Mike Kingery after it had been out for quite a long time.  I knew when I mailed to him that it would take a while, so I just sat back and waited.  Thankfully, the cards came in, and they look great.  I used this as an opportunity to add a 1987 Topps to the album, and here it is. 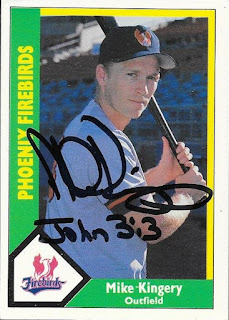 I also took one of the ProCards AAA out of my attic box from Mom and got it signed as well.  I like being able to use these cards, and it is also cool seeing some of the bygone minor league teams. 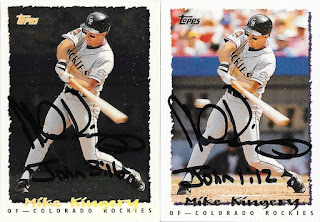 The 1995 Topps Cyber Stats (left) turned out a lot better than I thought it would, and it is pretty cool next to the actual base 1995 Topps. 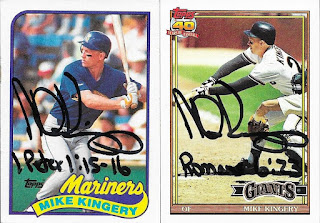 I mailed to Kingery on September 2 and got the cards back on November 27, for an 86-day TAT.
Posted by William Regenthal at 6:04 PM