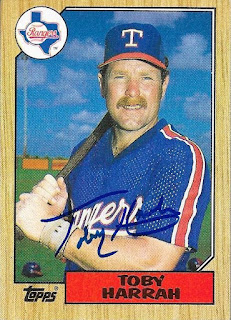 The last TTM waiting on my desk was from Toby Harrah.  I am now caught up (for now, at least) on TTM posts.  I was really happy to add a new 1987 Topps to the autograph album with this success. 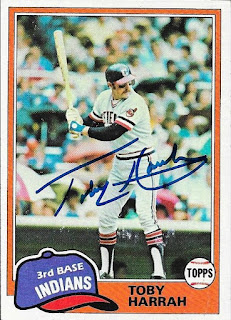 I had a ton of Harrah's cards to choose from, and I feel like I chose some really good ones.  This 1981 Topps might be my favorite. 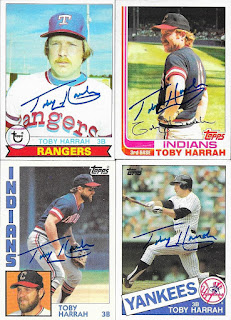 I sent him 7 cards, but he kept one (a 1986 Topps Team Leaders card).  All of the cards turned out really nice, and pushed up the numbers on some 1980s sets.