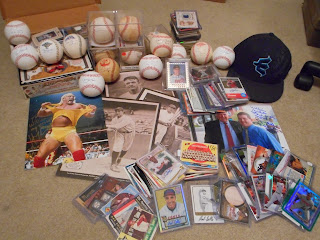 I feel like now is a good time to draw my 2015 National Card Show experience to a close.  This was a much better time than the National I went to in 2012, mainly because I decided to go "all in" and do the VIP pass and attend all 5 days.  Spending time with Max, Andrew, Eli and Frankie made the experience even better.

I came home with the pile that you see above.  Here is what it ended up being: 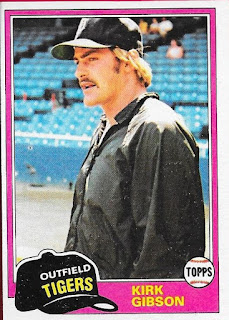 I went way over my budget, but I was really happy with everything I found while I was there.  I also spent a good bit of money on the friends that were with me, and some that couldn't make it.  I found some sweet deals, and even some amazing dime box finds, like the above 1981 Topps  Kirk Gibson RC.

Speaking of dime boxes, I met Nick, the king of Dime Boxes while I was there, as well. 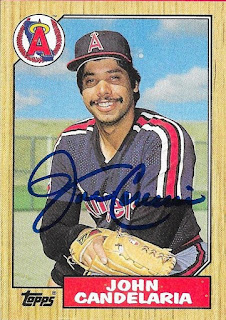 We had a great time using our VIP autograph vouchers.  Some of the guys, we didn't have enough baseballs for, so we got cards signed, like this 1987 Topps John Candelaria.  That made some of the dime box searching pretty fun.  I can't remember the last time I was looking for a Candelaria card on purpose.  The 1987s turn out pretty nice signed, I do believe. 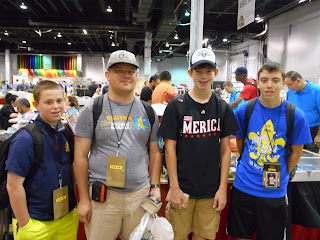 I've said before that the part that I liked the most about the National was being able to spend time with my friends.  Here is a nice group shot of Max, Me, Frankie and Andrew from the Thurdsay at the show.  We all really enjoyed each other's company.  The guys who didn't know each other very well before the show all had become close friends by the end of it.  I was glad that I was able to be allowed to accompany them.  It truly was an honor.

I hope we can all get together again soon, but until then, we can all reflect on this photo and remember the amazing time that we had.
Posted by William Regenthal at 6:53 PM