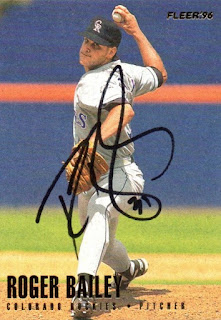 Here are some 90s cards that I got back signed from Roger Bailey.  The above card is a 1996 Fleer. This is one of the base cards I talked about a few posts ago. The finish is matte and the autograph shows up well. 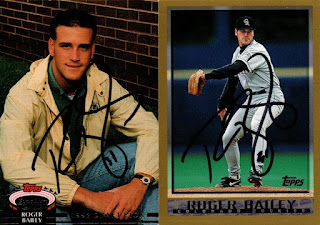