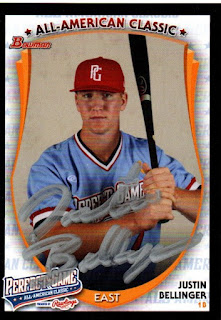 This TTM success from Justin Bellinger started with a card that I really wanted to get signed, then turned into a lot more, thanks to either his or his parents' generosity. 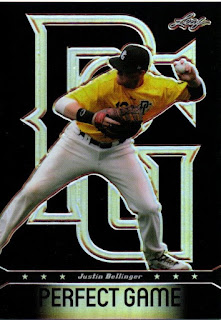 I had this 2013 Leaf Perfect Game chrome card that was a box topper of a box that I picked up several years ago at the National.  I had the card top loaded in one of my boxes for a long time, until I decided to try to locate an address for Bellinger and see if I could get the card signed. 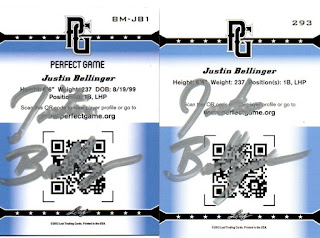 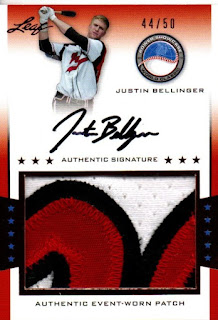 Bellinger didn't stop at adding those couple free cards and the autographs.  He also included this sweet patch card from Perfect Game and also the PSA graded 9 chrome card below.  I was blown away by his generosity. 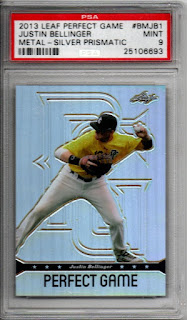 I mailed to Bellinger on January 13 and got the package on April 5, for an 82-day TAT.

Posted by William Regenthal at 11:28 PM