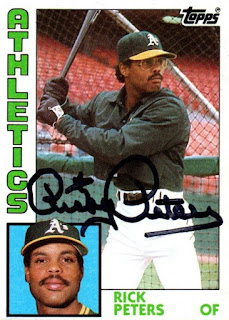 Here are a couple 80s cards that I finally got around to mailing off TTM.  They were signed by Rick Peters in black Sharpie, and turned out nicely.  The above 1984 Topps is a nice enough card.  I don't put a lot of love on the 84 set, but it's not too bad.  It's just not the first card I look for when I got for 80s stuff. 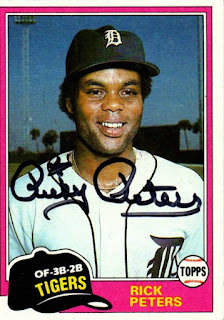 Posted by William Regenthal at 11:18 PM