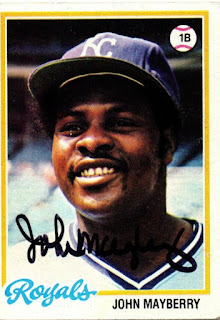 Here are a couple older Topps cards that had been sitting in my box for a while. The cards waiting for me to come off of some money for a few TTM subjects who charged.  Once I got these John Mayberry cards out, I had to wait a good bit for them to come back, but they finally did.  The above 1978 Topps turned out nicely. 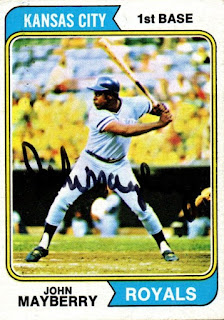 This 1974 Topps also turned out really well.  I think this was in a box of old cards that Max gave me, but I'm not 100% sure, by now, as all of those baseball cards have been mixed in with the rest of my stuff.

Posted by William Regenthal at 11:11 PM