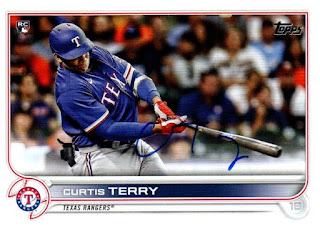 A former Wood Duck made the majors, and got his first Topps card when 2022 Topps came out.  I was able to get Curtis Terry to sign a 22 Topps, and a 2022 Topps Opening Day when I sent TTM to him at Spring Training. 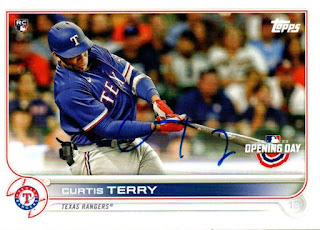 Curtis was called up to the Rangers, but ended up being DFAed and was picked up by the Twins.  Right now, he is at AAA St Paul.

Posted by William Regenthal at 10:38 PM