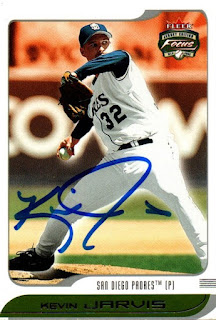 These two cards were rescued from my boxes and signed TTM when I sent off to Kevin Jarvis.  The above 2002 Fleer Focus turned out nicely, and had come from one of the boxes I got from my former LCS.  These have a nice design; I wish I had opened more cards in the early 2000s, but I was a broke college student at the time. 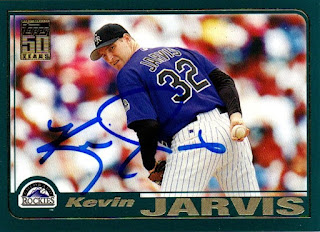 Here is Jarvis's 2001 Topps, which also turned out great.  This is a nice landscape oriented card, which looks nice in this set.

Posted by William Regenthal at 10:52 PM