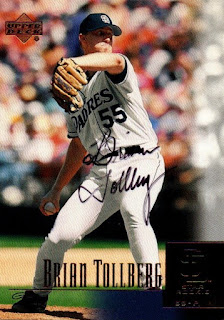 Here are a couple cards that I picked up at a show, recently, then sent off for TTM.  The above 2001 Upper Deck of Brian Tollberg is a nice card; I had forgotten how mice a set 2001 Upper Deck was.  It's a clean design, and the cards look good when signed. 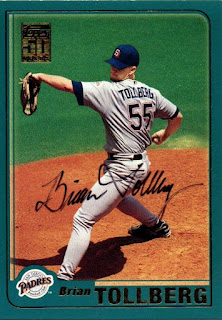 I had also gotten this 2001 Topps signed, which also turned out nicely.

Posted by William Regenthal at 5:34 PM