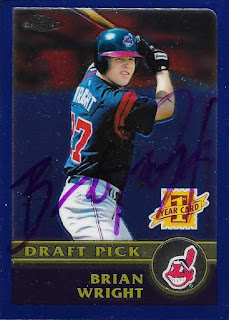 Topps Chrome cards generally look pretty nice, with a few years standing out above the others.  2003 Topps is one of the years that really pops.  This card of Brian Wright really looks great, especially since I was able to get it signed TTM.