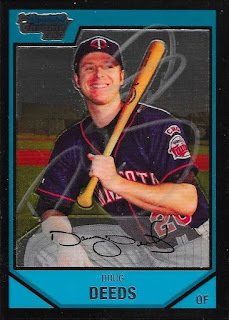 More 2007 Bowmans were removed from my prospects box when I got these two back TTM from Doug Deeds.  He signed the 2007 Bowman Chrome with a silver Sharpie.  It is a bit tough to see the auto, but the card is still pretty cool. 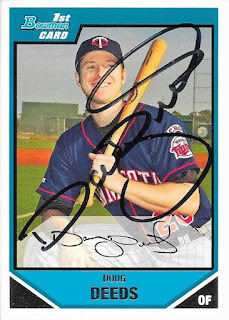 The 2007 Bowman base came out much better, I think.