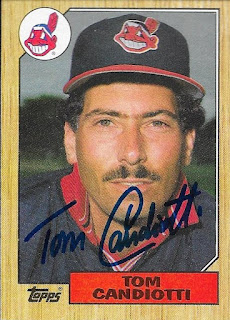 Another 1987 Topps came off of my checklist when I sent this one to a private signing for Tom Candiotti.  The card came back looking great, and I was glad to cross Candiotti off of the list.

Posted by William Regenthal at 10:22 PM