A Whole Bunch of Autos From Gerard 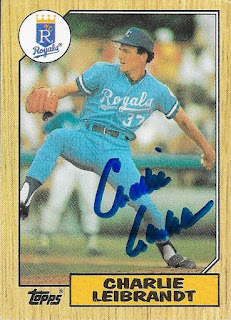 My good friend, Gerard, hooked me up with a ton of autos in a recent package.  He knocked 5 cards off of my 1987 set, including this Charlie Leibrandt.  I joined a private signing with Leibrandt a while back and the promoter lost my cards, so I got screwed on that.  I
I'll never use those folks again. 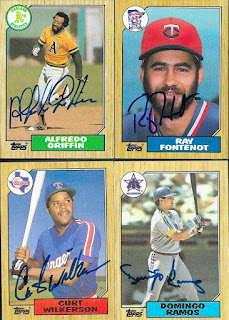 He also knocked off Alfredo Griffin, who for some reason I have missed on several private signings.  I sent TTM to Ray Fontenot, but never got anything back, and also Curt Wilkerson and Domingo Ramos. 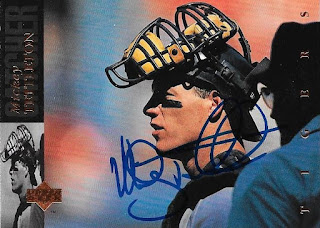 Gerard also saw Mickey Tettleton at a recent Cape Cod League game.  He knew in advance, so I was able to send him some cards.  They all turned out great.  This 1994 Upper Deck really looks good.  That really might be an underrated set, in my opinion.  The cards tend to look really sharp when signed.

These Tettletons also turned out great.  I especially like the 1993 Topps Finest.  Those cards really look amazing when signed, especially in person. 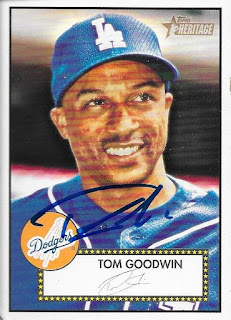 I rarely get the opportunity to get any 2001 Heritage signed, as I don't have many, but this one of Tom Goodwin really looks good.  I love Heritage and this one really will look cool in my album. 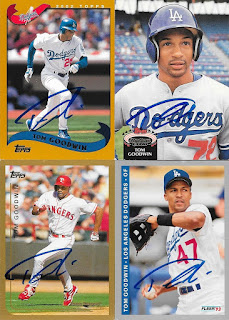 Gerard also got me a few other Goodwins signed; just a few randoms that I found in my boxes. 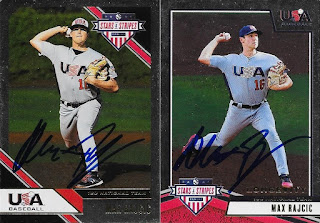 He also got me Max Rajcic from the Cape League on a coupld Stars and Stripes. 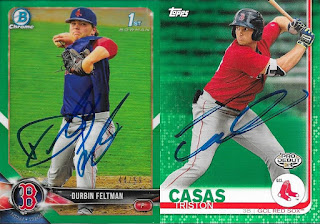 My green parallels turned out really great.  I was super happy he was able to get Triston Casas for me, since I missed him.  The Feltman also looks awesome. 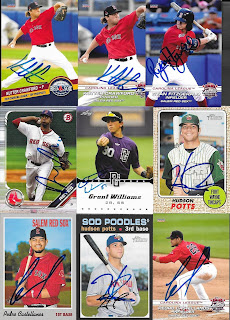 Finally, Gerard finished off a bunch of cards I had sent him for Portland.  I was glad to be able to get him a few Hudson Potts cards once he got with the Red Sox.  Along with all of these other guys.

Thanks so much for the cards, Gerard!

Posted by William Regenthal at 11:07 AM